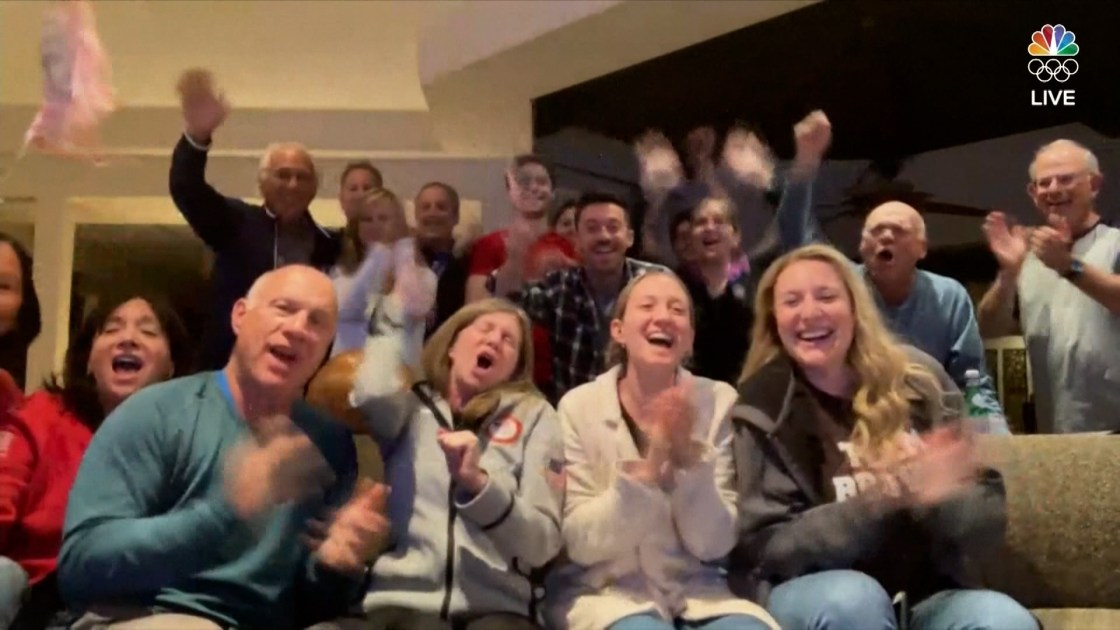 Jason Brown competed in the 2022 Winter Olympics in figure skating. His family was unable to join Jason in Beijing, so they cheered him on from a home in Indian Wells, CA!

His family, visiting from Chicago, watched his emotional performance and says it’s an experience they will never forget.

“There is a certain nervousness about seeing him so up close,” says his mother, Marla Kell Brown. “So of course, we would have loved to be there with him, it was also very special to see him on television.”

Brown’s father steve says his son’s Olympic journey was not easy, and it was a full family affair.

“I can tell you that the family has been there for every twist and turn. We celebrate the highs and we try to mitigate the lows, and we’ve had them all.”

Still processing everything, so for now, I’ll let my skates speak for themselves. I gave it my absolute all, and poured my heart into those performances. Hope you could feel that through the screen. Sending so much love to everyone back at home! Thank you.🙏 pic.twitter.com/BF9WJxZ3Nk

The 27-year old came in sixth at the 2022 Winter games after delivering solid performances at both the short program and free-skates. Brown was also the only man who did not attempt the dizzying new standard, the quad jump.

However, his sister Jordan says he kills in it a different way.

“The last four years have gone out and just been him. There is no one, and I could be biased that skates like him.”

Although questions of his retirement after the Olympics are swirling, his family says it always and will forever be Team Brown!

“Who are we, we are the kids of the brown family. We’re rough, we’re tough, we know our stuff, we love dessert but we never get enough!”