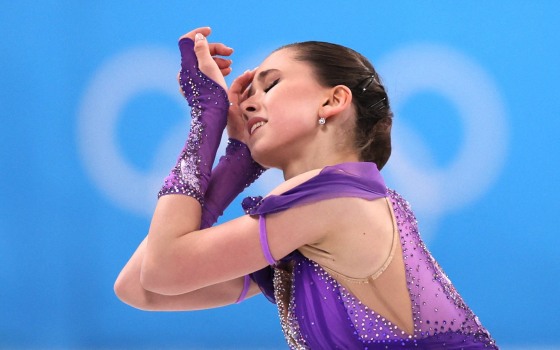 The situation regarding Russian figure skater, Kamila Valiyeva has been confusing for some. She broke the rules, so why is she allowed to compete? Well, it is not quite that simple.

The timeline of the events and the athlete’s age are the main factors surrounding this doping scandal.

Kamila is 15 years old and she’s the number one female figure skater in the world. Competing for the Russian Olympic Committee in the 2022 Winter Games, she was projected to win gold in the women’s figure skating event before everything took place.

The drug she tested positive for is called trimetazidine(TMZ), which is a heart medication. If an athlete takes it, it could potentially help them with improved stamina so they can perform longer and not get tired. That is why TMZ is a banned performance-enhancing drug (PED) by the World Anti-Doping Agency (WADA).

On December 25, 2021, Kamila took a drug test for PEDs that the Russian Anti-Doping Agency (RUSADA) was in charge of. The RUSADA sent Kamila’s test to a lab in Sweden and that lab took six weeks to run the test and produce the results. It was in this test, that one of the two samples showed that Kamila had tested positive for the banned drug, TMZ.

The second sample has not been tested yet, or the results of that test are not reported.

The Russian Olympic Committee (ROC) claims that they found out Kamila had tested positive for TMZ on February 8th, which was the day after the ROC took gold in the team skating event. Where Kamila had performed a historic routine in the free skate portion of the event.

Upon hearing this — the International Olympic Committee postponed the ceremony for the medals, upon further investigation. The RUSADA suspended Kamila immediately but then they went back on their suspension after Kamila appealed. She was then allowed by the RUSADA to compete in the women’s individual event.

The IOC appealed that decision because they felt it was not fair. She was positive for a banned drug, a performance-enhancing drug, they felt she should not be allowed to compete.

So they took it to court, the Court Arbitration for Sport (CAS).

The CAS ultimately decided that because Kamila is 15 years old, she’s not responsible for any drugs that she takes, because she is a child. Potentially, an adult could have given her the banned drug without her knowledge. Also, when she came to Beijing before she started competing, she took another drug test and she tested negative for all PEDs.

There is an ongoing investigation to find out what exactly happened in this situation and the result will determine if Kamila will be held responsible. If Kamila’s second sample comes back negative, or she is deemed not responsible and goes on to win Gold in the women’s individual event, she will get to keep that medal and the ROC would be allowed to keep their team skate medal.

Pending those results, the IOC says all medal ceremonies Kamila is involved in are postponed until the investigation is completed.

The governing parties would rather allow her to compete and revoke the medals than not let her compete at all. Kamila will compete in the women’s individual long program on Thursday, where she currently leads all skaters after her performance in the short program.

“The main element was the fact that if the athlete would be suspended she would not be able to participate in the Games, and the damage for her would be irreparable,” says IOC spokesperson, Denis Oswald. “Whereas, if she competes and gets the gold in the medal competition, the medal can always be withdrawn.”