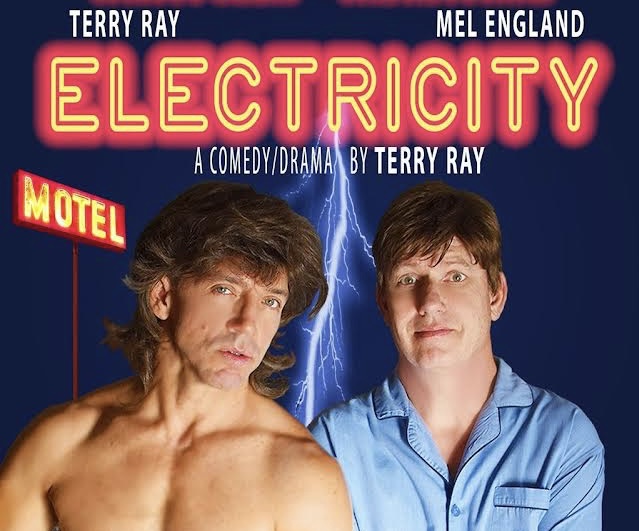 It’s called the longest running play in Palm Springs and now, “Electricity” adds very special performances for this weekend at their brand new venue at the Desert Rose Playhouse. And it’s Broadway-bound set to go to New York. But before that, if you want to see the fantastic play, you better hurry! The show’s special performance ends this Sunday.

I sat down with playwright Terry Ray who also stars as Gary and Mel England as his partner Brad. Here’s the official synopsis of “Electricity”:

SYNOPSIS:  With laughter and heartbreaking honesty, ELECTRICITY explores the relationship between two gay men who meet as freshmen in high school in 1969, the year of the monumental Stonewall uprising.  In 1983, at their 10th high school reunion, sex, drugs and booze make up the life of formerly closeted Brad Burke, while ex-seminary student Gary Henderson is still so closeted that he hides his sexuality behind an invented wife.  After reuniting at the party they decide to share a motel room.  Soon there’s a monumental clash of worlds that sparks an “electricity” between them that lures them back to that same motel room after each 10-year reunion from 1983 to 2013.

ELECTRICITY is a deliciously funny, sexy and surprisingly emotional journey that also shines a spotlight on the tremendous changes in the lives of LGBTQ+ over the 50 years since Stonewall by witnessing the changes in Brad and Gary. It navigates a world where gay life was hidden in bars and sex clubs to one where equality might just be a reality–if Gary and Brad can only believe that they deserve it.