Woman Behind Bars on Suspicion of Soliciting Prostitution 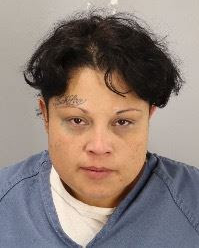 PALM DESERT (CNS) – A 40-year-old woman is behind bars today on
suspicion of soliciting prostitution in Palm Desert.

Dwana Denise Dominguez of Indio was arrested when the Riverside County
Sheriff’s Department served a search warrant in the 78000 block of Varner Road.

According to Sgt. Jose Tijerina, deputies were serving the warrant in
regards to a sex trafficking investigation, and while there, Dominguez was
discovered and arrested on suspicion of pandering, committing a felony while on
bail and solicitation of prostitution.

No sex trafficking victims were found during the search.

Dominguez was booked into the John Benoit Detention Center in Indio,
where she remains on $55,000 bail. According to jail records, she will make an
appearance at the Larson Justice Center on Monday.