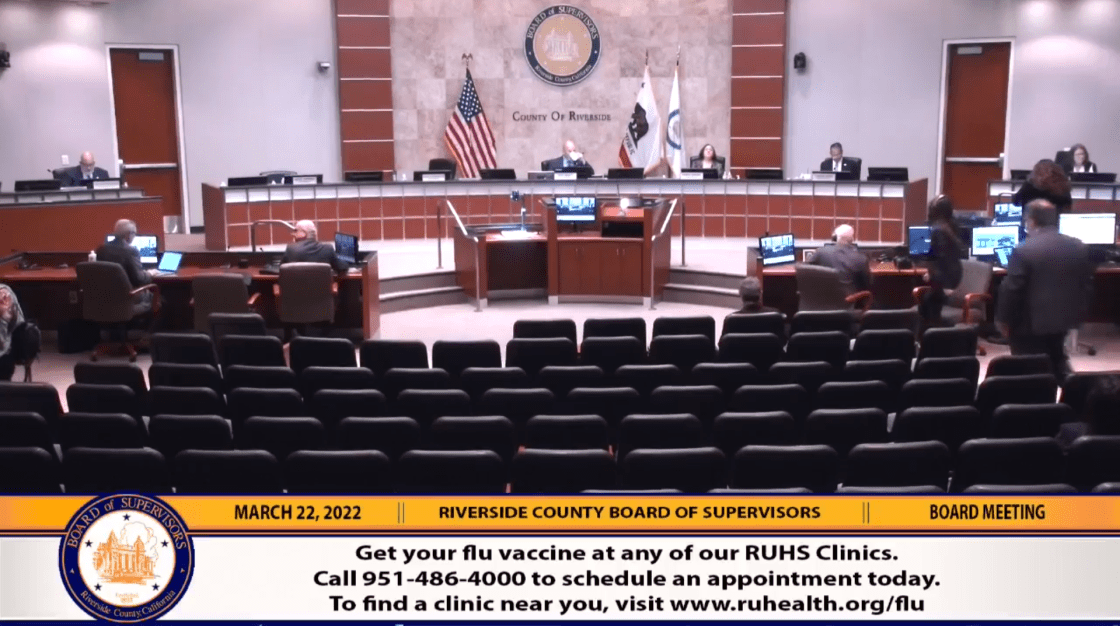 RIVERSIDE (CNS) – The Board of Supervisors Tuesday unanimously approved a “tourism recovery campaign” for Riverside County, directing that $2.16 million in federal COVID relief funds be distributed to two organizations that will be tasked with drawing visitors back to the region after the dramatic downturn of the last two years.

The campaign will be funded entirely by 2021 American Rescue Plan Act funds, of which the county has, to date, received $239.9 million, with an additional $200 million on the way, according to the Office of Economic Development.

That agency received a $36 million allotment from the larger ARPA award to the county, and it is that pool on which the campaign will rely for funding.

Visit Greater Palm Springs is slated to receive $1.76 million, while the Temecula Valley Convention & Visitors Bureau is in line for the balance, roughly $402,000, officials said.

The recovery campaign required separate compacts with each organization, whose objectives will be to wage “aggressive marketing” efforts that attract visitors and generate revenue for businesses, particularly hotels, motels and other lodges.

“Tourism has historically been a critical component of Riverside County’s economy, with its direct and indirect job creation, sales tax revenue and transient occupancy tax revenue,” according to an OED statement.

A study commissioned by Visit California found that, because of the public health lockdowns and related economic disruptions, travel to the county was down almost 40% last year, netting a loss of $3.5 billion in tourism spending. The study also confirmed about one-fifth of all tourism-related jobs countywide — an estimated 16,720 — vanished because of the impacts.

Visit Greater Palm Springs will be focused on increasing travel and tourism spending in the Coachella Valley and the eastern desert, while the Temecula Valley Convention & Visitors Bureau will zero in on the southwest county region.

“Funds will be dispersed to enhance marketing efforts for regional awareness of cultural and recreational activities and destinations,” according to the agreements.

The OED will monitor the marketing campaigns and report back to the board if necessary.