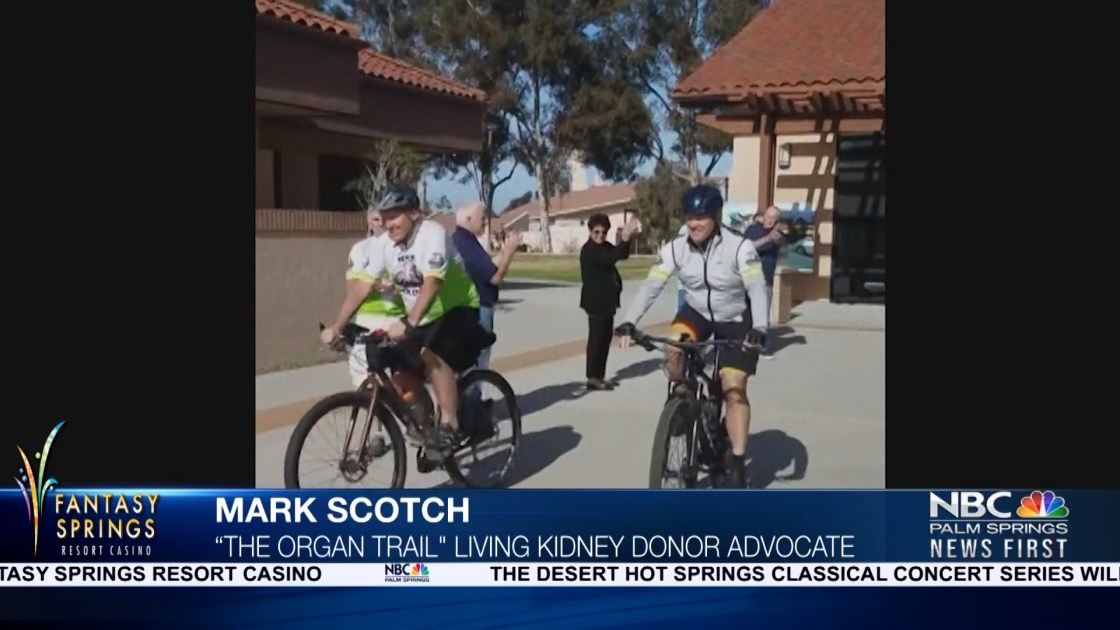 Mark Scotch is just a few days into his journey to Texas from California on “The Organ Trail.” A journey that will take him 1,361 miles and bring awareness to post organ donation functionality.

Scotch’s advocacy started months after a 2020 trip to Louisiana where he met a guy who spent about 10 hours of his day getting dialysis treatments. After a brief conversation with the stranger he’d met and the memory of a family who was pretty active after donating an organ, Scotch decided he’d see if he could be a match. Unfortunately, he was not.

This didn’t deter Scotch, he still donated his kidney to the National Kidney Registry. In doing this, he was able to get his new acquaintance a voucher on his behalf and bumped him up on the kidney donation list. In early 2021 Scotch’s kidney went to a person in need from New York and his Louisiana acquaintance was able to receive a matching kidney from California just 3 months later.

“The voucher system let me do everything at my local hospital while Hugh went to his local hospital in Jackson, Mississippi, and gave Hugh higher priority on the transplant list,” said Scotch.

• 1,600-mile bike ride from Martha’s Vineyard, Massachusetts to his home in Plover, Wisconsin

• 135-mile bike competition in the 2022 Arrowhead Ultra — designated as one of the world’s most difficult ultra marathons because it is held in the middle of winter in Northern Minnesota.

His latest trip began March 21st in San Diego, California and will lead him to Lubbock, Texas by mid-April.

Full details of this 1,361-mile kidney donation awareness journey can be found at www.markscotch.com and on FACEBOOK at: The Organ Trail.

There are about 100,000 Americans waiting on life saving kidney transplants, and about 13 die every day because they are not able to find a match.

If you are interested in becoming a donor or know of someone who needs a kidney visit the National Kidney Registry.