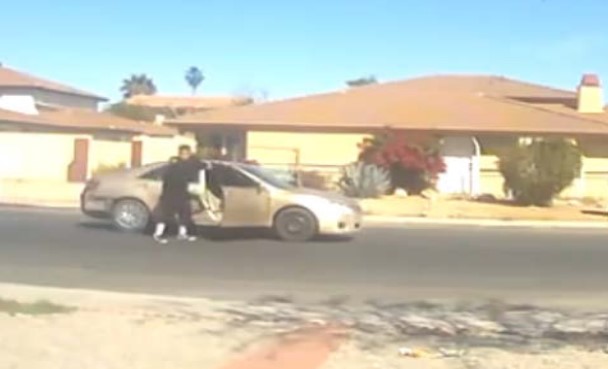 CATHEDRAL CITY (CNS) – A murder charge was filed today against a 29-
year-old man accused of shooting a man in Cathedral City.

Daniel Morales Jr., of Cathedral City, was arrested Thursday on
suspicion of fatally shooting Juan Gonzalez, 48, according to the Cathedral
City Police Department.

The Riverside County District Attorney’s Office on Monday charged
Morales with one count of murder as well as with sentence-enhancing allegations
of firing from a vehicle and the crime suspected of being gang-related.

Morales is scheduled to be arraigned Wednesday at the Larson Justice
Center in Indio and remains behind bars without bail at the Byrd Detention
Center in Murrieta.

According to Commander Rick Sanchez, police received a report of shots
fired at 3:28 p.m. Thursday near the intersection of Shifting Sands Trail
and Mission Indian Trail.

Police arrived to find Gonzalez lying in the front yard of a residence
and suffering from gunshot wounds. Medical aid was provided, but Gonzalez
died at the scene, police said.