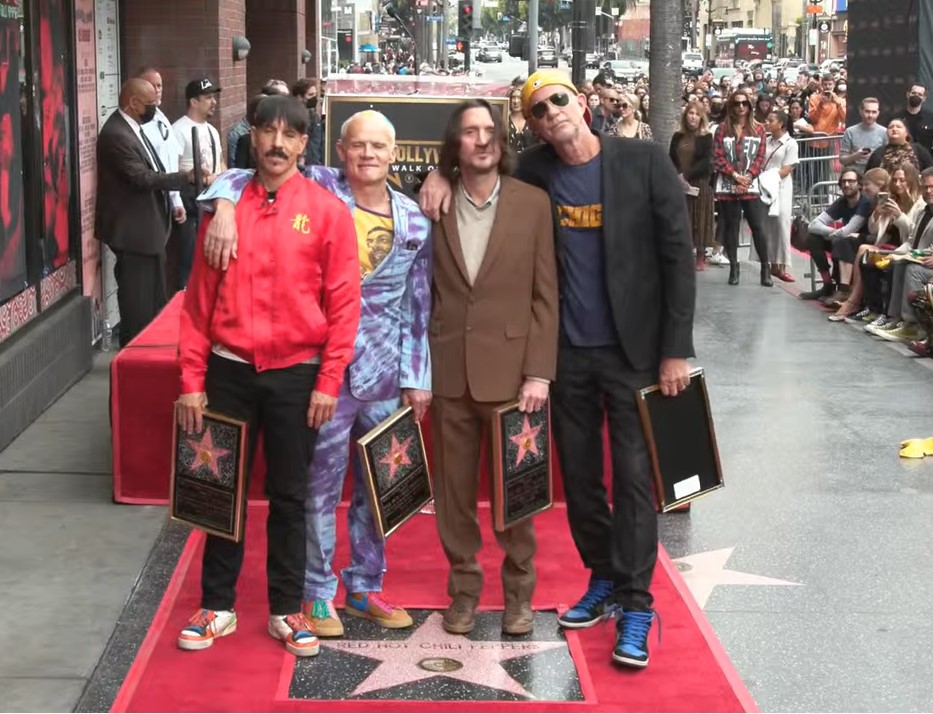 HOLLYWOOD (CNS) – A star on the Hollywood Walk of Fame will be unveiled Thursday honoring the Red Hot Chili Peppers, the latest honor for the band inducted into the Rock & Roll Hall of Fame in 2012 and the recipient of six Grammys.

All four members of the band — lead vocalist Anthony Kiedis, bassist Flea, drummer Chad Smith and guitarist John Frusciante — are set to speak at the 11:30 a.m. ceremony in front of Amoeba Music where they will give the first music performance at its new Hollywood location next Thursday.

Red Hot Chili Peppers were selected for a star in 2008 but just scheduled the ceremony “a few months ago,” Ana Martinez, producer of the Hollywood Walk of Fame, told City News Service.

The ceremony comes one day before the release of the band’s first studio album since 2016, “Unlimited Love,” its first recording with Frusciante since 2006.