EXCLUSIVE: The Big Bear Eaglet Has a Name! 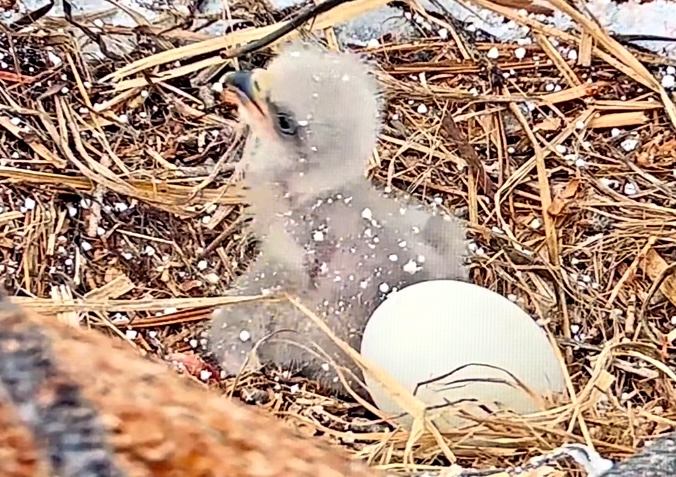 And the name students chose is… SPIRIT!

The non-profit Friends of Big Bear Valley maintains the eaglet nest cam perched high atop Big Bear Lake. The camera monitors the nesting habits of mates Jackie and Shadow and their offspring.

This year, the group took donations from eagle watchers to suggest names for the new chick hatched March 3. There were 9,963 name submissions! Of those nearly 10,000 submissions, 35 were randomly drawn for students to vote on.

Spirit is five weeks old. At 10 to 14 weeks, the eaglet should leave the nest. At that point, Jackie and Shadow will still monitor their young and help them learn how to hunt. The eaglet could return to the nest to get fed as well.

Jackie will most likely return next winter and nest again. She’s expected to release another clutch between January and March of 2023.