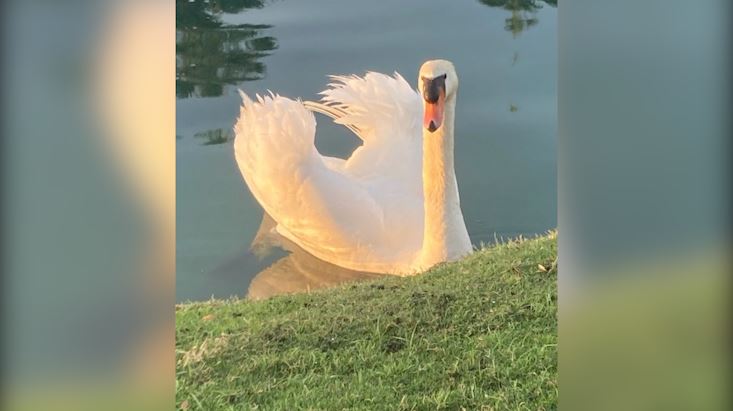 “Residents are outraged. And it’s not only residents, it’s people outside of PGA West that are also upset.”

That’s what countless homeowners are saying in the La Quinta neighborhood of PGA West.

But, Bettina Rosmarino with Palm Springs Wildlife Advocates says its much more than just being removed.

“It is illegal to relocate wildlife if you are not a state, federal or wildlife rehab center,” Rosmarino explained. “Any group like a wildlife removal company would be trapping him and killing him.”

The swan has been living there for nine years and is beloved by the community.

But now, the general manager and homeowners association shocked residents with this announcement.

The reasoning was vague, saying only the swan is “being aggressive.”

“A better term is actually territorial,” Rosmarino continued. “He is trying to protect his nest. The residents are aware of the nest and they want the nest to remain. They want him to remain. They are very protective of him and now they are being told he has to go.”

Residents and the advocates alike want to work with the HOA to find a solution that doesn’t involve killing the animal.

Rosmarino says they have tried multiple times to reach out, and even tried to attend their community meeting today.

Each request is met with silence.

They were also denied access to the meeting, in person and over Zoom.

“Wildlife is for all of us to enjoy and the entire Coachella Valley community has made it abundantly clear time and time again that they want their wildlife protected. We want to come in and help with a solution that is going to help address both sides of the issue,” Rosmarino said.

We were also denied access to the meeting, in person and over Zoom.

We also asked the general manager for comment, but were denied.