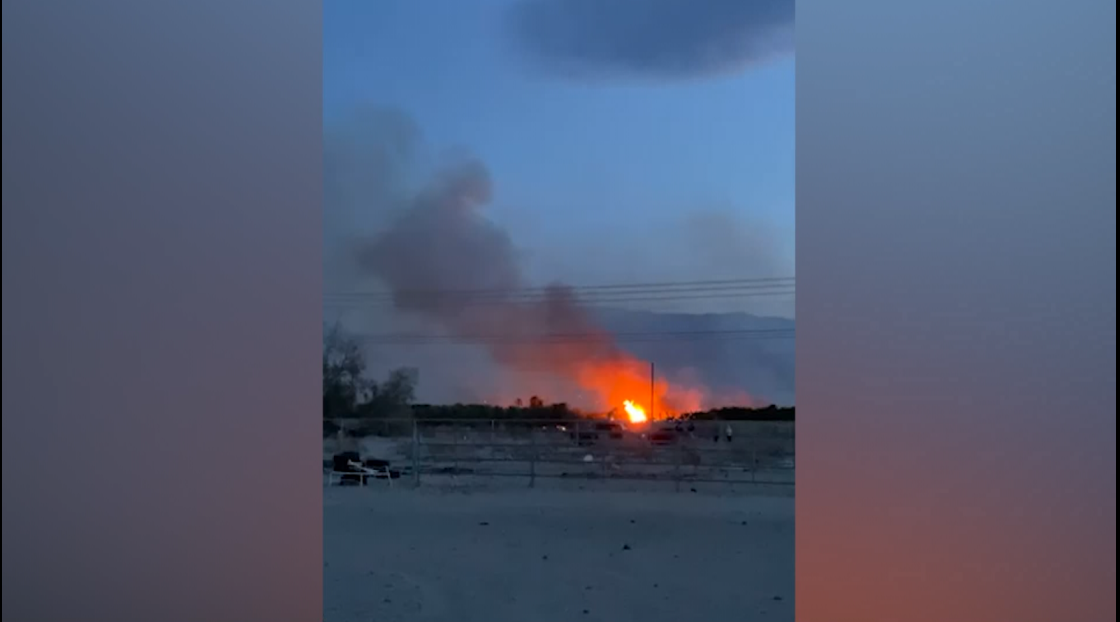 The blaze began as a large mulch fire that was reported at 6:37 p.m.
Monday in the 29000 block of Calle Castillo Lane, according to the Riverside
County Fire Department.

As firefighters arrived on the scene, the fire extended into nearby
palm trees. Officials assigned nine engines and one battalion chief to the
fire, which expanded to 20 acres by 8 p.m.

An evacuation order was issued for the area north of 30th Avenue, east
of Calle Castillo, south of Burr Oak Road and west of Desert Moon Drive.
Approximately five structures were affected by the order. Additionally, 12
residences were issued a shelter in place order south of 30th Avenue.

The shelter in place order was lifted around midnight, but evacuations
remain in place, according to the fire department, which said firefighters
expected to be on the scene for several hours Tuesday performing mop-up and
overhaul.

The fire was 0% contained as of the last update, but the forward rate
of progress had been stopped.

No injuries or property damage have been reported.