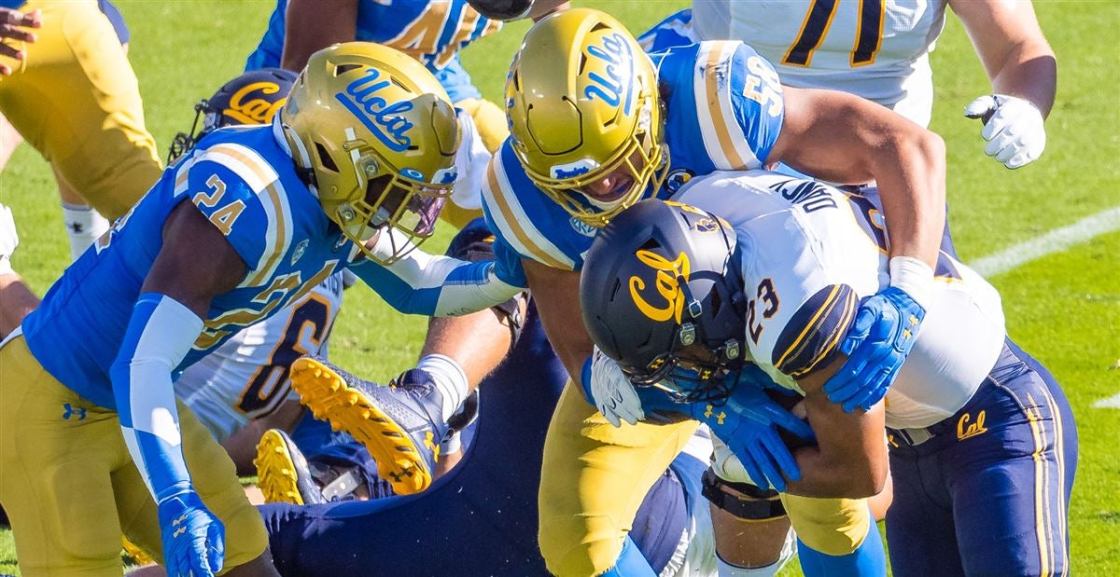 Datona Jackson has declared for the 2022 NFL Draft, but getting to this point was not a straight road for the UCLA Bruin.

Jackson is a Desert Hot Springs native but went to high school in Ohio, where he played football. After suffering a broken leg during his senior year of high school, Jackson decided to head back to the Coachella Valley and spend the next four years working before deciding to play football again at College of the Desert.

“He showed up in my office, knocked on the door and he said, ‘Hey, my name is Datona Jackson and I want to come play football for you.” The longtime head football coach at COD, Jack Steptoe recalls the day he met Jackson. “He was 6’5, 275 pounds,” Steptoe chuckles, “I said, yeah, okay!”

Coach Steptoe has been running the football program at COD for decades, something he engrains in his athletes is that in order to excel in life, performing well in the classroom is just as, if not more important than performing on the field. Steptoe says that Datona was dedicated to that plan, which was a big part of his success during his time at COD.

“He came and had lunch with me for two years. I was always proud of him because he said to me, ‘Coach, I didn’t come out here to party,  I came out here to do something I enjoy doing and get an education.”

Jackson also credits his football career success to what he learned from coach Steptoe.

“It’s really just like being able to stay focused and learning those steps from like the coaches I talked to there (at COD) of what it takes to go to the next level.”

Of course, Jackson was a standout football player for the Roadrunners as a defensive end with a career total of 76 tackles and 11.5 sacks. After two years at COD, Jackson was a three-star recruit.

“I remember after his first year, he showed a lot of promise, and then the next year, he was really getting recruited by everybody,” says Steptoe.

After initially verbally committing to USC, Jackson ended up at UCLA for three seasons on the defensive line and played a big role in the Bruins’ success under head coach Chip Kelly, including beating the Trojans for the first time since 2018 and finding themselves back in a bowl game.

“I think, actually it was fate, not even considering my success,” says Jackson. “Just like other things that lined up coming to UCLA with things in my personal life that paid off.”

If you look at his stat line each year during his time at UCLA, Jackson improved every single year, during the 2021 season, he had multiple tackles in seven games and posted a season-high of four tackles in a game against Washington.

After a successful Pro-day, Jackson is ready for the draft. However, he says that even if he doesn’t get the call, he feels accomplished with achieving a bachelor’s in sociology and a master’s degree in education from UCLA.

“I’m pretty proud, like I’ve set goals that I wanted to accomplish to the standard and I was able to meet those goals, so I set new goals now, so hopefully I can reach those but so far I couldn’t be happier. Honestly, like I’m blessed to be in the position I am in.”

More importantly, Jackson’s success both on and off the field sets an example for young, aspiring athletes from the Coachella Valley.

“The community raises, up because when they see someone that came out of the College of the Desert that actually went on over to UCLA,” says Coach Steptoe, “God, it speaks for itself!”