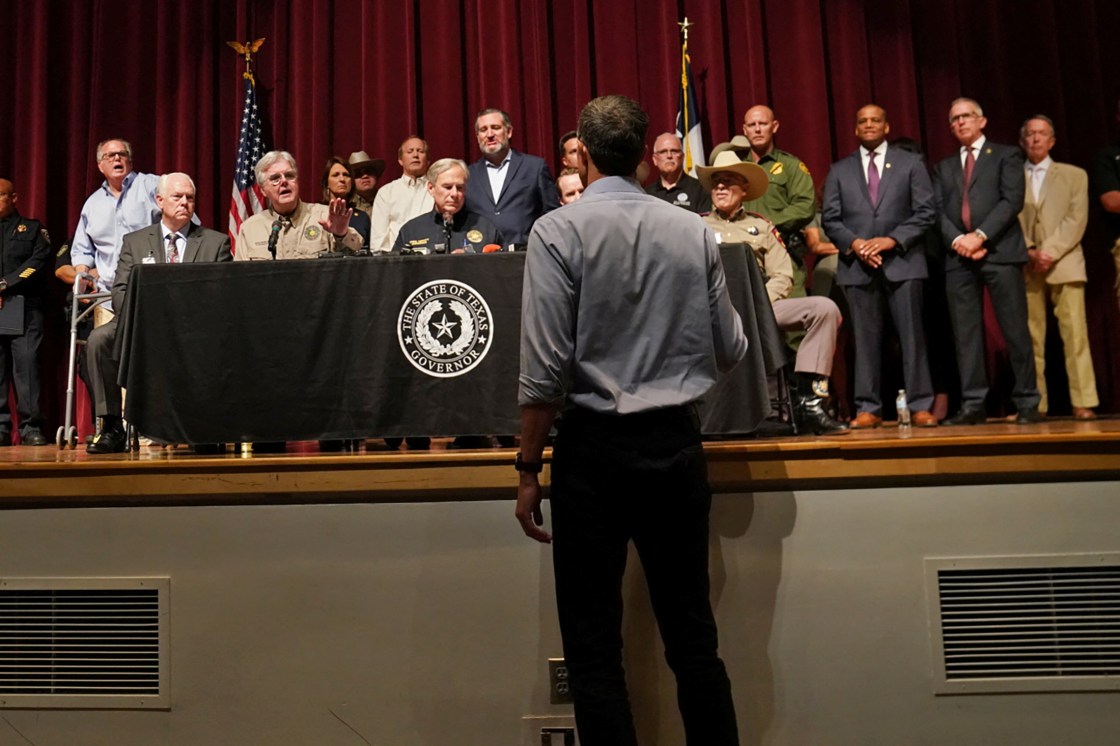 (CNN) — Texas Democratic gubernatorial nominee Beto O’Rourke confronted Texas Republican Gov. Greg Abbott and other officials on Wednesday as they tried to provide updates on Tuesday’s deadly shooting at an elementary school in the state.

As O’Rourke, a former congressman who represented El Paso, Texas, and is a former Senate and presidential candidate, interrupted officials, he could be heard saying to those onstage, “This is totally predictable.”

Among those onstage with Abbott was Texas Republican Sen. Ted Cruz — who O’Rourke ran against in his unsuccessful 2018 Senate bid.

In the video, Texas Republican Lt. Gov. Dan Patrick is heard telling O’Rourke, “You’re out of line and an embarrassment.”

“Sit down and don’t play this stuff,” Cruz said, shaking his head.

O’Rourke was led away by officers afterward.