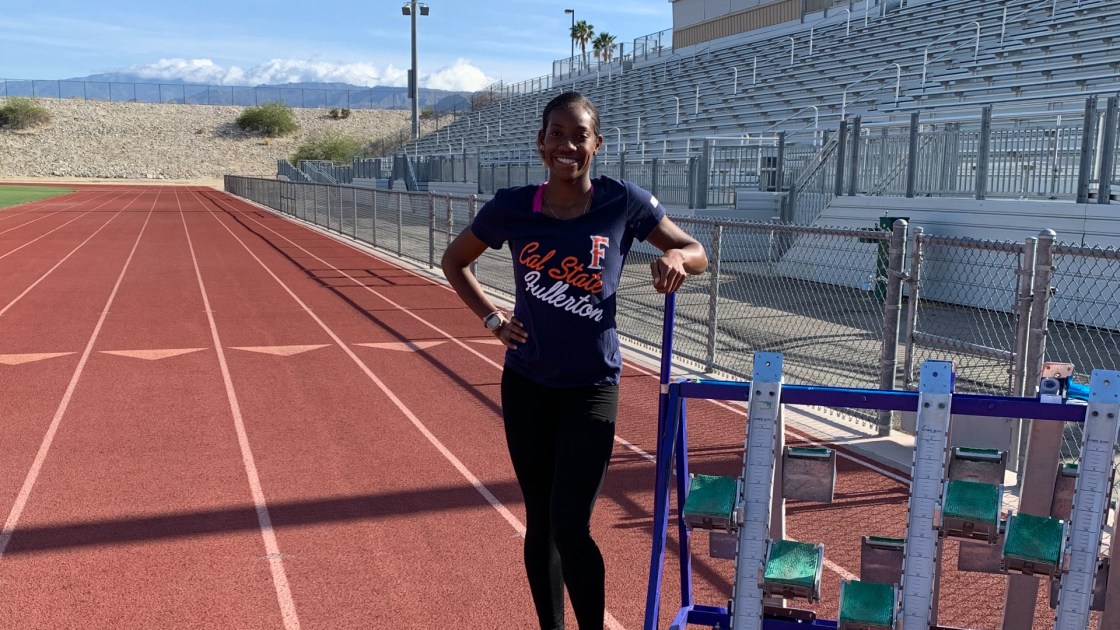 Trinity Barnett made Rancho Mirage high school history by becoming the first-ever track and field CIF-SS champion. On May 14th, Trinity took first place at the division three finals in the 200m event with a time of 24.45 seconds. She also finished fourth place in the 100m final, with a time of 11.98 seconds.

“I was very excited that I got to PR and run really hard in that race and fix the smaller things,” says the CIF-SS champion sprinter.

Her coach, Tyrone Robinson says that becoming a CIF-SS champion has been four years in the making.

“She’s lost races by .03 and she won that CIF race by .03. All of that just came together, all the sad times and hard times turned out to be a great moment.”

As Trinity wraps up her senior year, she looks back on all her accolades.

“So far, I feel like I accomplished a goal (in becoming a CIF champion) and I hope to accomplish more in the future.” 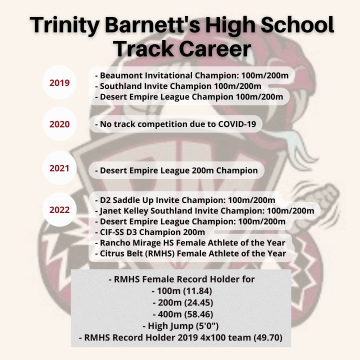 Coach Robinson says that Trinity is an example to her teammates, and her success shines a bright light over the Coachella Valley.

“It’s easy when good people do good things, and she’s a good person who does good things.”

Trinity also credits her success and accomplishments throughout high school to coach Robinson and his wife, Kimberly Robinson who is also a coach for the track and field team at Rancho Mirage high school.

“They helped me stay on the right track throughout high school and actually help me where I wanted to leap towards with my future.”

Trinity has always loved running track, but now she appreciates the sport that has helped her blossom into the confident person she is today.

“This sport taught me to open up and actually talk to people, and I’ve also motivated people too.”

Trinity is inspired by none other than decorated American track and field athlete, Florence Griffith Joyner, and hopes to take her track career to the highest level.

“I started in seventh grade (running track) and I hope to continue it in college and so forth.”

She’s off to a great start, on Wednesday Trinity signed her college letter of intent with Cal State Fullerton where she will continue running track for the Division one program and she plans to study kinesiology.