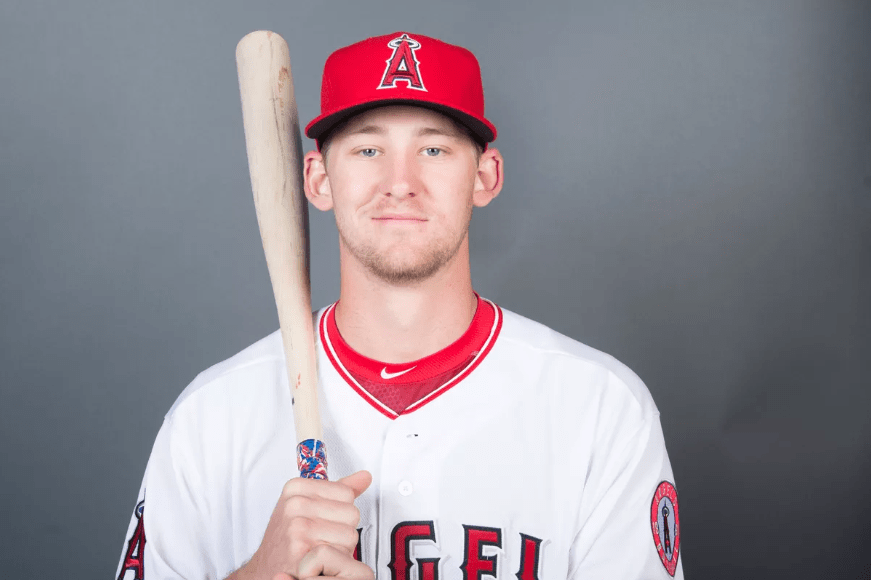 Local pro ballplayer, Taylor Ward has been out of the Angels’ lineup for a week, unfortunately, due to injury.

On May 20th against the Oakland A’s, the Shadow Hills high school alumni smashed into the outfield wall and injured a nerve in his shoulder. The good news is that the MRI came back clean and Ward has been cleared to hit in the lineup.

However, he will not be available on the field for a while, he told reporters on Thursday that he did not feel much improvement from the day before.

Taylor Ward said he didn’t make any progression today after being about 10 percent better yesterday.

He didn’t sound too optimistic now about playing the field, but is hopeful he comes in tomorrow and his arm feels stronger.

He isn’t throwing at all right now.

The skipper, Joe Maddon told reporters that Ward will hopefully be ready to play on the field on Saturday, May 28th. In the meantime, Ward will serve as a pinch-hitter. Maddon says that Ward’s bat is too valuable and will try to get him involved, instead of placing him on the IL.

Joe Maddon said he thinks Taylor Ward might be able to play OF by Saturday. Or it might not be till NY (Tuesday). He said they don’t want to put him on the IL because of his value as a pinch hitter. #Angels

On Thursday night against the Toronto Blue Jays, Ward was in to pinch-hit for Shohei Ohtani, Ward went 0-1 with a line-out to center field.