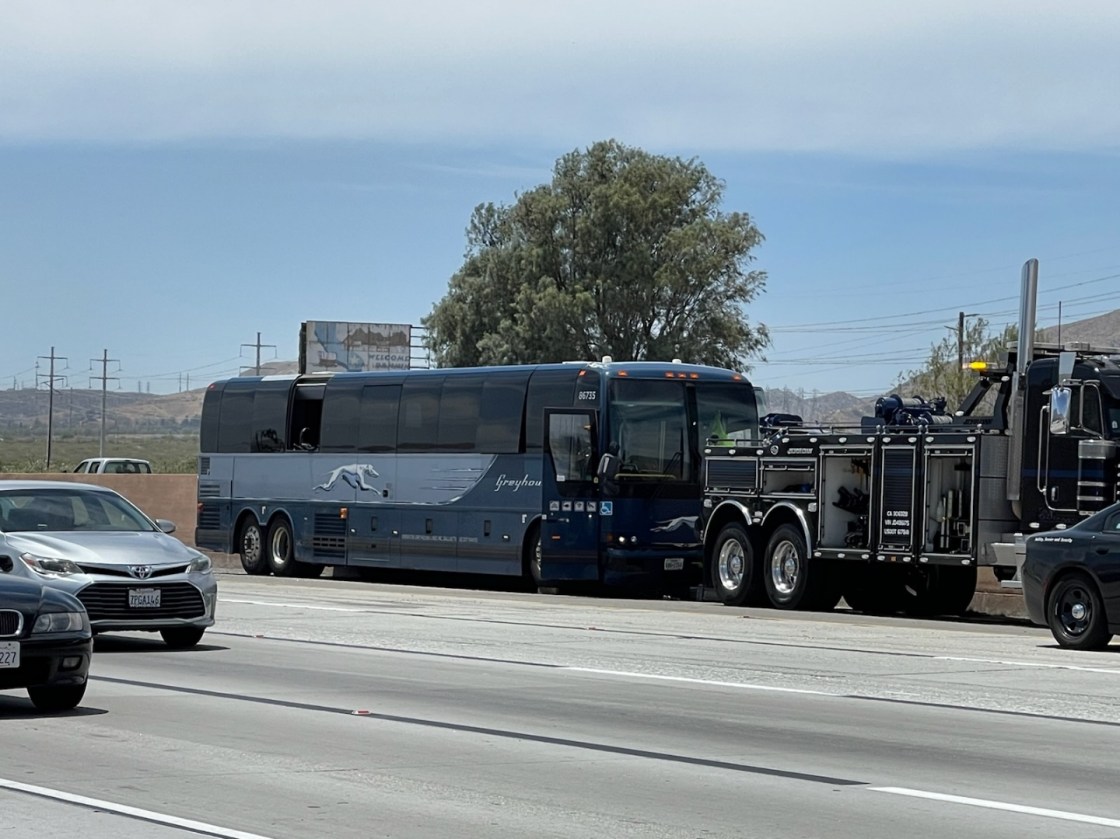 BANNING (CNS) – A Greyhound bus crash today on the 10 Freeway near the
Cabazon outlet mall sent 13 people to hospitals with various levels of
injuries, none life-threatening.

The bus was traveling from Los Angeles to Phoenix when it crashed
around 11 a.m. on the eastbound side of the freeway east of Ramsey Street, in
Banning, according to the California Highway Patrol.

The CHP said there were 33 occupants aboard the bus, which was going
60 to 65 miles per hour when it blew out a front tire and collided with a
Mitsubishi Outlander SUV in a construction zone. It then struck the center
divider and remained in the median.

Eleven bus occupants and two people from the Mitsubishi were
transported to hospitals, the CHP said. One person from the bus suffered
serious injuries.

“Our primary concern is ensuring we care for our passengers and
driver at this time,” Greyhound Lines’ Senior Communications Specialist
Crystal Booker told City News Service. She said a relief bus was sent to pick
up the remaining passengers.

The CHP said the uninjured passengers were transported to the Morongo
Tribal Hall, 11555 Potrero Road, in Cabazon.

One traffic lane was closed as emergency crews responded to the crash,
creating a lengthy backup in eastbound lanes.

The crash remained under investigation.