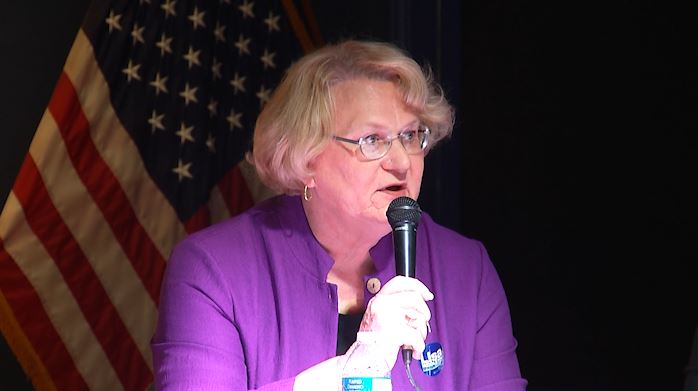 First it was Stu Rasmussen, mayor of Silverton, Oregon in 2008.

Because of her impact on Palm Springs and the Coachella Valley, Mayor Middleton received a once in a lifetime invitation.

“Oh, it feels incredible to have an opportunity to be invited to visit the White House,” she said.

Mayor Middleton is one of just 50 guests who were invited to the White House for its annual Pride Month Celebration.

Each guest will be recognized and celebrated as being influential members of the LGBTQ community.

And Mayor Middleton says her invite is a celebration not only for herself, but to the Coachella Valley as well.

“This is a tribute to Palm Springs and to the people of the Coachella Valley that have made this community such a welcoming community for members of the LGBTQ community,” Mayor Middleton shared.

On top of that, it’s a display of the desert’s pride.

“To hear that she’s going to be representing us in the White House, talking to our president, it’s truly amazing and it goes to show how far our community has gone and how it’s being represented nationwide,” Executive Director of the Trans Community Project, Paulina Angel, said.

And being mayor has brought a lot more to Middleton than just leading the city.

“America is a greater country and any organization is a better organization to the extent that everyone feels welcome,” Mayor Middleton continued. “Everyone has an opportunity to show and demonstrate their best. I’m not going to underestimate the challenge of being an inclusive country and an inclusive organization, but it matters. It makes a difference. This won’t be the last opportunity I have to speak up on these kinds of issues, so stay tuned.”

Palm Springs City Council does have a meeting tomorrow night but she says she’ll be hopping on a plane right after the ceremony to make it back in time.

The Pride Month Celebration at the White House is tomorrow, and coincidentally is the same day as Mayor Middleton’s 70th birthday.