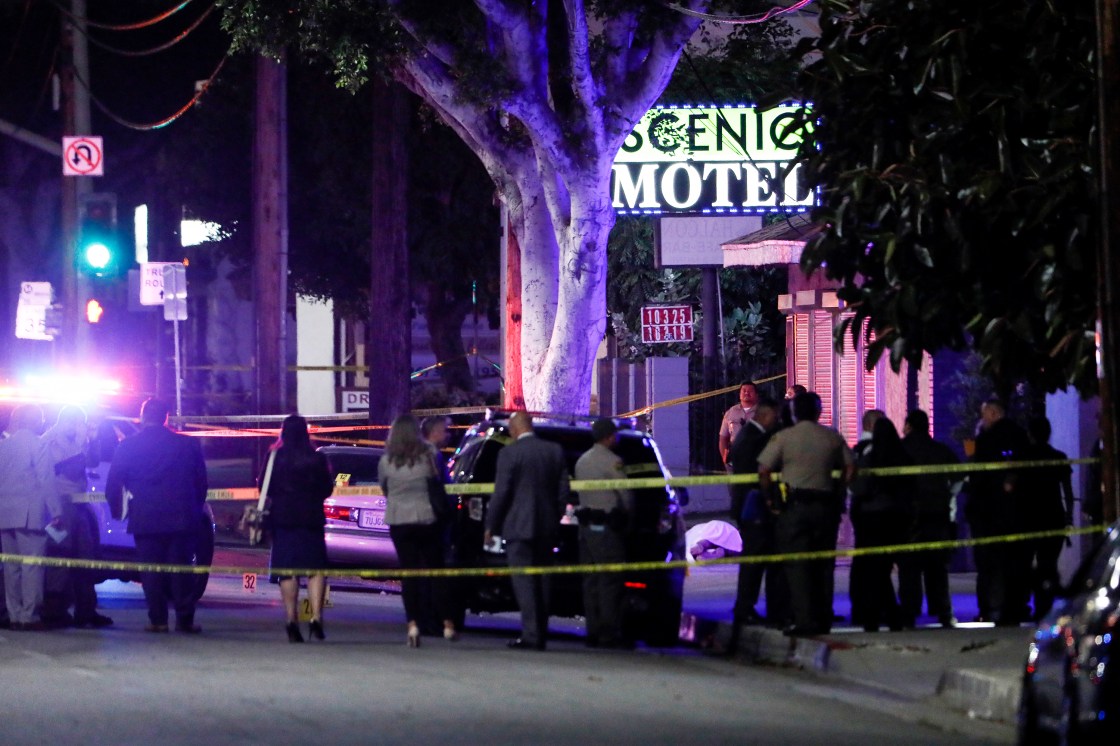 (CNN) — Two beloved El Monte police officers were killed Tuesday while responding to a possible stabbing at a motel, officials in the Southern California city said.

The officers responded to a call about a possible stabbing at an El Monte motel, said the Los Angeles County Sheriff’s Department, which is leading the investigation.

When the officers arrived, “they confronted the suspect, and an officer-involved shooting occurred,” sheriff’s department Capt. Andrew Meyer said. “The suspect was also struck by gunfire, and he was pronounced deceased at the scene.”

The two officers were taken to LAC + USC Medical Center, where they died of their injuries. Meyer said it appears no victim was stabbed, but authorities are investigating.

One of the slain officers was a veteran of the police force, with at least 22 years on the job, Meyer said. The other officer had been on the job for less than a year.

The mayor said both officers were deeply committed to protecting the community.

“These two officers were like family in our community with deep ties to our neighborhoods,” Ancona said.

“One of our officers was raised in El Monte, went through our schools and was excited to be a part of the El Monte Police Department, where he would be able to serve and protect family and friends. The other fallen officer was a new officer, patrolling our streets, excited to be on the force.”

The mayor said both officers were also fathers.

“These men were dedicated to their careers, and even more so as sons, husbands and fathers,” Ancona said. “We stand in solidarity with them, embrace them and their families.”