Fourth Of July Shows Start This Weekend In Riverside County 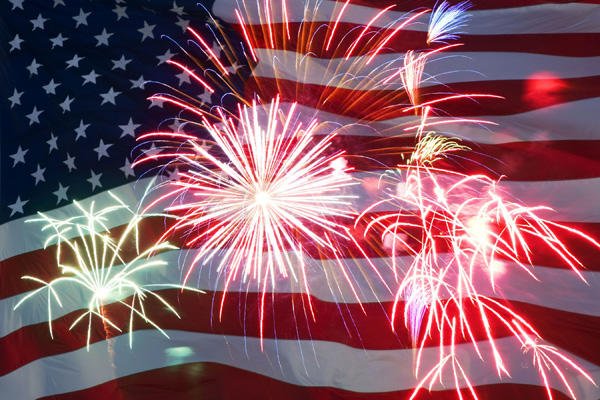 RIVERSIDE (CNS) – Fourth of July fireworks shows, parades and other celebrations in Riverside County will get underway more than a week ahead of America’s 246th birthday, with several extravaganzas slated for this weekend.

On Saturday, the city of Murrieta will be combining pre-Independence Day festivities with a 31st birthday bash for the municipality, which was incorporated in 1991. There will be an outdoor concert, food vendors, a kids play zone and pyrotechnics after nightfall in California Oaks Sports Park.

“The independence celebration has been a community tradition for over 30 years, even before Menifee officially became a city,” Councilman Bob Karwin said. “This is a marquee event, where you can enjoy the whole day with your friends and family and finish the evening with an awesome fireworks show.”

The city of Eastvale has scheduled fireworks extravaganzas both Saturday and Sunday in Community Park on Citrus Street. On Fourth of July weekend, multiple pyrotechnics celebrations are planned.

The city of Coachella is scheduled to host a fireworks spectacular after sundown in Bagdouma Park on July 1, and the city of Desert Hot Springs will hold a celebration after dark in Mission Springs Park on July 2.

On July 3, the Jurupa Area Recreation & Park District’s annual community celebration is scheduled from 4 p.m. to 9:30 p.m. in Vernola Park, where a pyrotechnics show will cap the outing at nightfall. On the Fourth of July, events are planned at a string of venues countywide.

Moreno Valley’s Fourth of July Parade will get underway about 9:30 a.m. at Alessandro Boulevard and Frederick Street, concluding two hours later on Towngate Avenue. The celebration will continue at 2 p.m. outside the Civic Center Amphitheater, where a Family FunFest is planned, complete with rock bands, a beer garden and kids’ activities. Fireworks are scheduled after sunset.

At 10 a.m., Temecula’s Star Spangled Parade will get underway, featuring the Temecula Valley Mounted Posse, Veterans of Foreign Wars, members of the American Legion, the Riverside County Fire Department, the Boy Scouts of America and other organizations. The parade will run along Old Town Front Street. There will be pyrotechnics in Ronald Reagan Sports Park after dark.

In addition to the above venues, fireworks shows are scheduled at the following locations, beginning at 9 p.m. July 4:

In 2020, all but one public Fourth of July fireworks celebration was canceled because of the coronavirus public health lockdowns. The celebrations returned on a scaled-down level in 2021.

In Riverside County, private parties are prohibited from using fireworks except in Blythe, Coachella, Desert Hot Springs and Indio, where so- called “safe and sane” fireworks, certified by the state fire marshal, can be sold to the public. The devices are mostly pyrotechnics that don’t explode or fly, including sparklers, ground spinners, fountains, snappers and caps.

Under county Ordinance 858, which was amended by the Board of Supervisors last year in response to an outbreak of blazes in 2020, fines for illegally storing, transporting or setting off fireworks can range from $1,000 to $5,000.

Any person who triggers a brush fire due to the illegal use of fireworks can be held responsible for all suppression costs. Under the revised ordinance, property owners also face liability.

People can report illegal fireworks via the sheriff’s non-emergency enforcement line, 1-800-950-2444, or at www.riversidesheriff.org/555/fireworks.