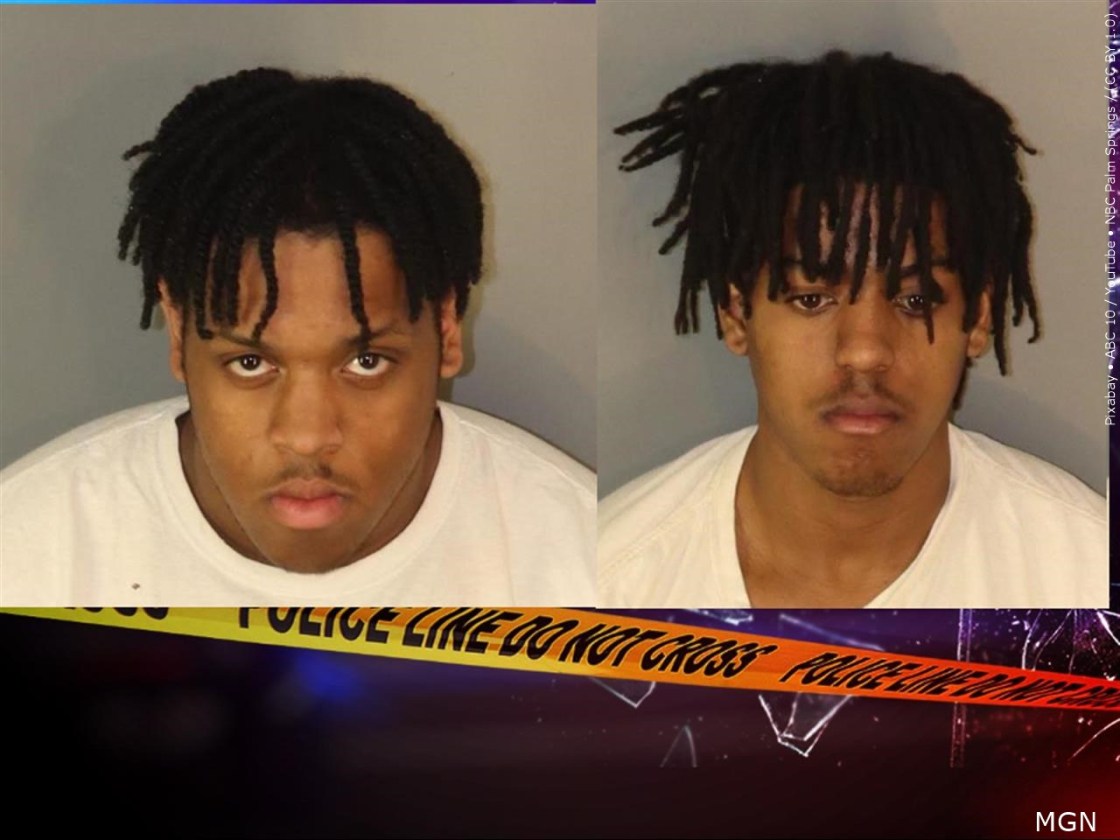 BANNING (CNS) – Twin brothers accused with another man in a robbery
that culminated in the shooting death of a 66-year-old shopper at the Desert
Hills Premium Outlets in Cabazon pleaded not guilty Friday  to felony charges.

Emanuel Rick Burt and Elijah Ray Burt, both 19 and of Victorville,
were extradited to Riverside County last month from Las Vegas, Nevada, where
the pair were taken into custody based on an arrest warrant stemming from the
slaying of Michael Moser of Palm Springs.

Emanuel Burt is charged with robbery, and his brother is charged with
first-degree murder, a special circumstance allegation of killing during a
robbery, as well as sentence-enhancing gun and great bodily injury allegations.

The brothers were arraigned before Superior Court Judge Mark
Singerton, who scheduled a felony settlement conference for the pair on July 27
at the Banning Justice Center.

Emanuel Burt is being held on $135,000 bail at the Robert Presley Jail
in Riverside, where his brother is being held without bail.

Their co-defendant, 18-year-old Reginald Charles Trice of Victorville,
was arrested in April and pleaded not guilty to charges of murder, illegal
possession of a firearm, a special circumstance allegation of killing in the
course of a robbery, and sentence-enhancing gun and great bodily injury
allegations.

An amended complaint was filed Friday that additionally charges him
with illegal possession of a gun. He’s slated to appear with the Burt brothers
on July 27.

Trice is being held without bail at the Benoit Detention Center in Indio.

Sheriff’s Sgt. Ben Ramirez alleged that Trice confronted Moser shortly
before 7 p.m. on March 24 in the 48600 block of Seminole Drive, though the
specific location within the mall wasn’t disclosed.

Ramirez said Moser was shot at least once, prompting calls to 911,
after which deputies and paramedics converged on the location. The victim was
pronounced dead at the scene.

There was no sign of the defendants when deputies reached the mall.
However, Ramirez said over the ensuing weeks, detectives developed leads
pointing to Trice as one of the alleged assailants. A warrant was obtained and
served at his residence in the 15500 block of Morada Road on April 21,
according to the sheriff’s spokesman.

The defendant was taken into custody without incident.

The brothers were identified and named in the criminal complaint after
Trice’s arrest.

None of the men have documented prior felony convictions in Riverside
County.