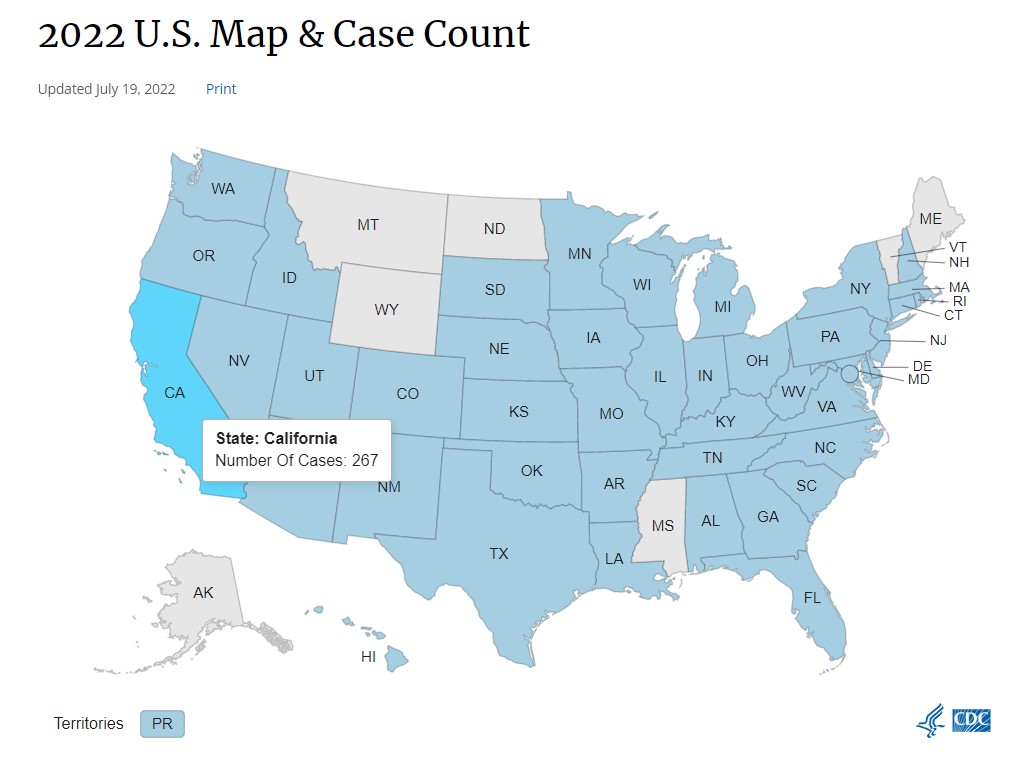 RIVERSIDE (CNS) – A limited number of monkeypox vaccines are expected to be distributed to health care providers in the Coachella Valley in the next week or so, with specifics yet to be worked out, the Riverside University Health System announced Tuesday.

Jose Arballo, a spokesman for the RUHS, told City News Service the county currently has a little over 1,000 doses of the two-dose-regimen JYNNEOS monkeypox vaccine, enough for about 500 people.

When county health officials finalize a memorandum of understanding with local health clinics, a limited supply of the vaccines will be distributed to the Coachella Valley, Arballo said — adding that he expects the agreements to be finalized by the end of the week.

As of Tuesday, there were five probable and one confirmed monkeypox case in Eastern Riverside County, according to Arballo.

RivCo Public Health is reporting another probable Monkeypox case. This individual is an eastern Riverside County resident under 50 who did not require hospitalization. Total is now 6 confirmed/probable cases.

Health officials have said the risk of contracting monkeypox in the general population remains extremely low.

A total of 267 monkeypox cases have been confirmed in California — the second-highest of any state, behind New York’s 521 — while nationwide, the aggregate count is at 1,972, according to the latest Centers for Disease Control and Prevention data.

“By sharing the vaccine, which is in limited supply, we wanted to make it as easy as possible for patients to get the shot if they and their medical provider agree it is appropriate,” Kim Saruwatari, director of public health, said in a statement.

Riverside County’s supply of the JYNNEOS vaccines will be maintained by Public Health in case a large-scale exposure event occurs, according to a statement from RUHS.

According to a statement from RUHS, the county is also working with community partners to expand the eligibility for the two-shot vaccines to include at-risk individuals, and to set up treatment sites with Tecovirimat — an antiviral medication used to treat orthopoxvirus infections like monkeypox — for patients.

Monkeypox are generally spread through intimate skin-to-skin contact, resulting from infectious rashes and scabs, though respiratory secretions and bodily fluids exchanged during extended physical episodes, such as sexual intercourse, can also lead to transmission, according to the U.S. Centers for Disease Control.

Symptoms include fresh pimples, blisters, rashes, fever and fatigue. There is no specific treatment. People who have been infected with smallpox, or have been vaccinated for it, may have immunity to monkeypox, according to published reports.

The CDC particularly recommends those steps for people who recently traveled to an area where monkeypox cases have been reported, or who have had contact with a confirmed or suspected monkeypox case.

A full list of countries that have confirmed monkeypox cases is available at wwwnc.cdc.gov/travel/notices/alert/monkeypox.

A state-by-state tally of cases is available at www.cdc.gov/poxvirus/monkeypox/response/2022/us-map.html.