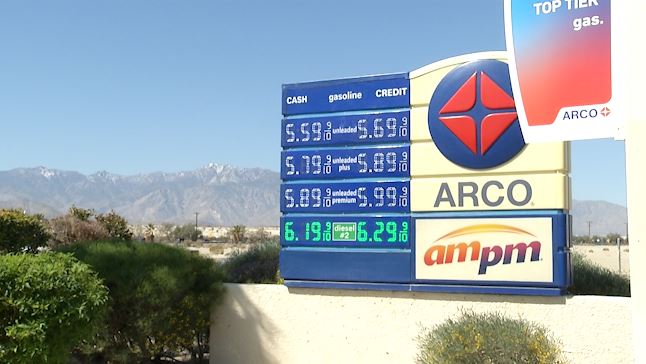 RIVERSIDE (CNS) – The average price of a gallon of self-serve regular gasoline in Riverside County dropped Friday for the 25th consecutive day and 32nd time in 33 days, decreasing 2.4 cents to $5.572, its lowest amount since March 9.

The average price has dropped 67.4 cents over the past 33 days, including 2.7 cents Thursday, according to figures from the AAA and the Oil Price Information Service. It is 15.7 cents less than one week ago and 65.9 cents lower than one month ago, but $1.282 more than one year ago. It has dropped 75.8 cents since rising to a record $6.33 June 14.

“Prices are continuing to drop locally and there are now several dozen stations in Southern California with prices below $5 a gallon.”