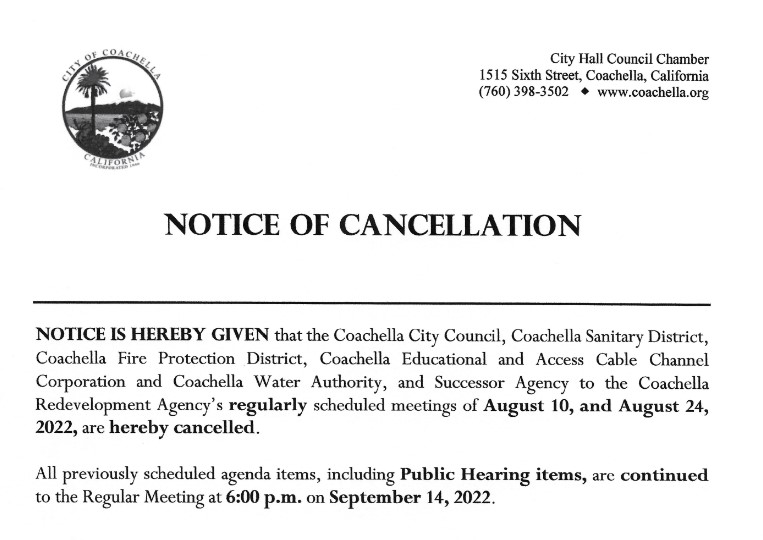 The city leaders in Coachella have cancelled all scheduled public meetings for the month of August.

City staff sent out a notice one day after the last meeting for the month of July.

According to Mayor Steven Hernandez, governments usually take breaks in one of the hottest months of the year for rest and recreation.

“Employees need to go out and have a vacation and get some R and R,” said the Mayor. “It’s extremely hot and the participation in our meetings actually go down and so historically,” he continued. “For the last 30 years governments have shut down in the Coachella Valley because of [sic] in August.”

In 2021, Coachella city residents called out city officials for canceling nearly 25% of the meetings that year. At that time, the council cited meeting quorum, which meant some council members would be absent.

The city of Coachella holds it’s council meetings on the second and fourth Wednesday of every month, except on federal holidays.

As of July 29, 2022, the cities of Coachella and Rancho Mirage do not have any city council or commission meetings scheduled for the month of August.

A list of Coachella Valley cities with links to their upcoming public meetings.