Will Smith Delves Into Slapping Episode, Apologizes to Chris Rock 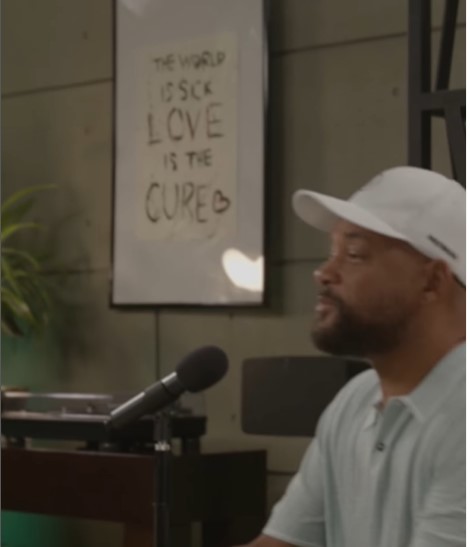 LOS ANGELES (CNS) – Actor Will Smith took to Facebook Friday to finally address at length the assault and verbal outburst toward comedian Chris Rock at this year’s Oscars that resulted in Smith’s 10-year ban from Academy of Motion Picture Arts and Sciences events.

Smith said the public had asked “a lot of fair questions that I wanted to take some time to answer.”

The first question Smith tackled was why he didn’t apologize to Rock in his acceptance speech, when Smith won the best actor award for “King Richard” less than an hour after his attack on Rock.

“I was fogged out by that point. It’s all fuzzy,” he said. “I’ve reached out to Chris and the message that came back is that he’s not ready to talk, and when he is, we will reach out. I will say to you, Chris, I apologize to you. My behavior was unacceptable, and I’m here whenever you’re ready to talk.

“… I spent the last three months replaying and understanding the nuances and the complexities of what happened in that moment, and I’m not going to try and unpack all of that right now, but I can say to all of you that there is no part of me that thinks that was the right way to behave in that moment. There’s no part of me that thinks that’s the optimal way to handle a feeling of disrespect or insults,” he continued.

Smith also denied speculation that his actions were spurred by his wife Jada Pinkett Smith rolling her eyes after Rock made a joke about her appearance.

“I made a choice on my own from my own experiences, from my history with Chris. Jada had nothing to do with it,” he said.

Rock had made a disparaging joke about Pinkett Smith at a past awards show, leading to the bad blood between them.

“It really breaks my heart to have stolen and have tarnished your moment.”

He added that he was hurt that he let down his fans.

“It hurts me … to know that I didn’t live up to people’s image and impression of me. And the work I’m trying to do is, I am deeply remorseful, and I’m trying to be remorseful without being ashamed of myself. I’m human and I made a mistake, and I’m trying not to think of myself as a piece of s—. So I would say to those people, I know it was confusing, I know it was shocking, but I promise you I am deeply devoted and committed to putting light and love and joy into the world, and you know, if you hang on, I promise we’ll be able to be friends again.”

Rock was on stage at the Dolby to present an Oscar when he made a joke referencing Pinkett Smith’s bald head. Pinkett Smith suffers from the hair- loss condition alopecia.

Will Smith walked onto the stage and smacked Rock in the face, then returned to his seat and twice shouted at Rock to “keep my wife’s name out of your (expletive) mouth.”

Smith announced his resignation from the Academy shortly after the incident, saying he was “heartbroken” by his actions and promising to “fully accept any and all consequences for my conduct.”

“My actions at the 94th Academy Awards presentation were shocking, painful and inexcusable,” he said. “The list of those I have hurt is long and includes Chris, his family, many of my dear friends and loved ones, all those in attendance and global audiences at home.”

For his part, Rock has spoken about the episode sparingly, but he did address it at a comedy show in New Jersey last Sunday.

“Anyone who says words hurt has never been punched in the face,” Rock told the crowd. “I’m not a victim … ” he added later. “I shook that s- — off and went to work the next day. I don’t go to the hospital for a paper cut.”