Convicted Felon Charged For Alleged Possession of Narcotics For Sale 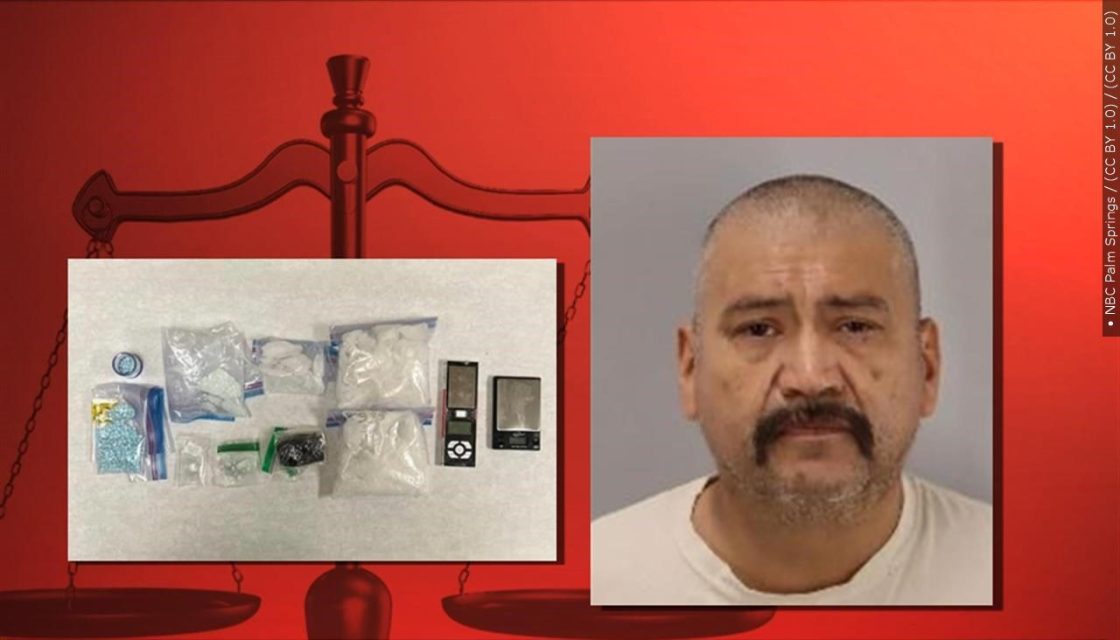 COACHELLA (CNS) – A 59-year-old convicted felon was charged today for
allegedly being in possession of fentanyl, methamphetamine and heroin with
intention to sell.

He also faces sentence enhancing allegations of committing a crime
while on bail.

On Thursday night, authorities stopped Rodriguez at Cesar Chavez
Street and Avenue 50 in Coachella and searched his vehicle, according to the
Riverside County Sheriff’s Department.

Authorities said they found about two pounds of suspected methamphetamine.

Rodriguez was arrested and booked into the John J. Benoit Detention
Center in Indio. He was being held on $150,000 bail.

According to authorities, his residence in the 82-100 block of Dr.
Carreon Boulevard was then searched at around 11 p.m., with a warrant, by the
Coachella Valley Narcotic Task Force and sheriff’s deputies, who allegedly
found 580 fentanyl pills, powder fentanyl, more methamphetamine, heroin,
ammunition and items indicative of selling narcotics.

According to court records, Rodriguez pleaded guilty to a felony count
in 2005 for being in possession of controlled substances.