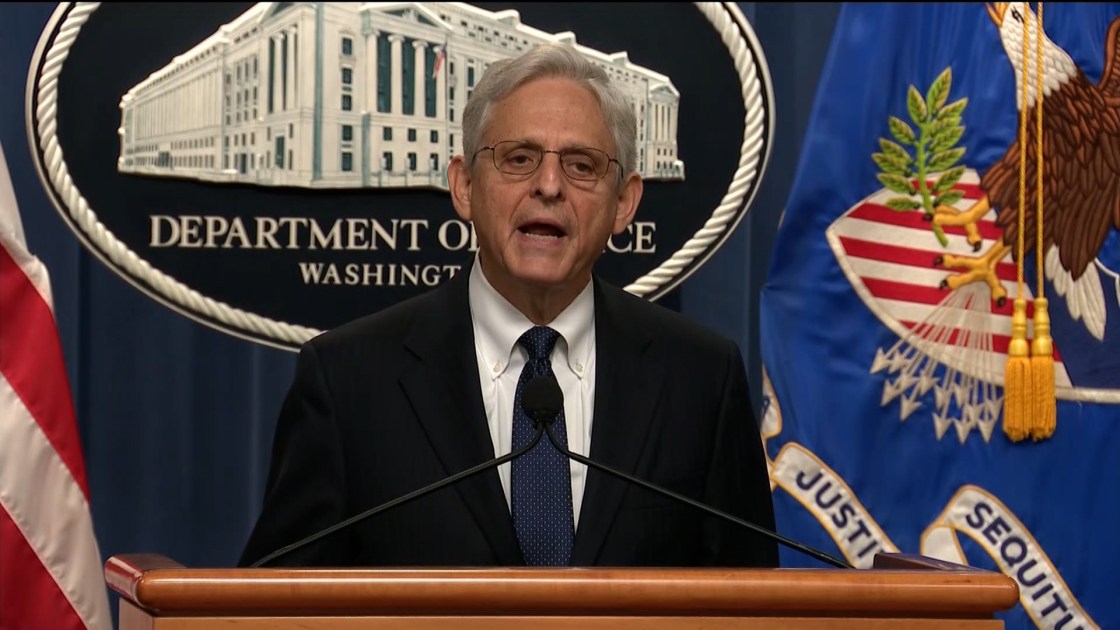 (CNN) — In his first public statement since federal agents searched former President Donald Trump’s home at Mar-a-Lago earlier this week, Attorney General Merrick Garland on Thursday said that the Justice Department had filed in court a request that the search warrant and property receipt from the search be unsealed.

Garland also said he “personally approved the decision to seek a search warrant in this matter.”

The statement comes after days of silence from the Justice Department with regard to the search, as is the department’s normal practice for ongoing investigations.

The FBI executed a search warrant Monday at the Palm Beach, Florida, resort as part of an investigation into the handling of presidential documents, including classified documents, that may have been brought there.

Earlier this year, officials from the National Archives arranged the retrieval of 15 boxes of presidential documents from Mar-a-Lago. In June, federal investigators served a grand jury subpoena and took away sensitive national security documents.

Then, according to sources, prosecutors developed evidence that there were potentially classified documents with national security implications remaining at the property.

Republican lawmakers have lashed out at the department, calling the search politically motivated. Several lawmakers on the right have called for increased oversight of the department, and some have even suggested defunding the FBI or that agents planted evidence at the Florida estate.

Violent threats also have exploded online since the search. Posters have written things like “Garland needs to be assassinated” and “kill all feds.” The biography and contact information of a federal magistrate judge who appears to have signed the search warrant used to execute the search at Mar-a-Lago has been wiped from a Florida court’s website after he too became the target of violent threats.

In a message reviewed by CNN on Thursday moments ahead of the public statement, FBI Director Chris Wray told the bureau’s employees their “safety and security” was his “primary concern right now.”

“There has been a lot of commentary about the FBI this week questioning our work and motives,” Wray said. “Much of it is from critics and pundits on the outside who don’t know what we know and don’t see what we see. What I know — and what I see — is an organization made up of men and women who are committed to doing their jobs professionally and by the book every day; this week is no exception.”

A White House official said they did not get advanced notice that Garland would be delivering a statement Thursday.

This story and headline have been updated with additional developments.