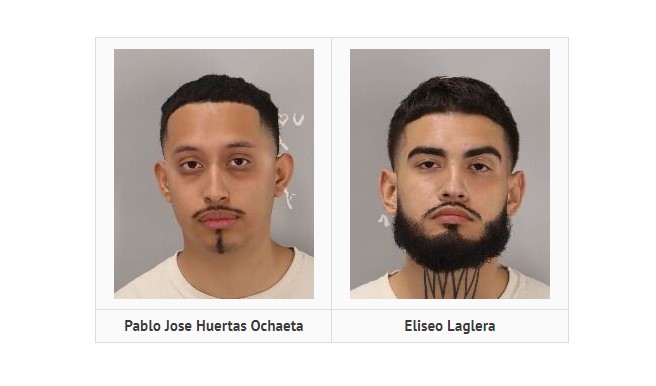 Pablo Jose Huertas, 25, and Eliseo Laglera, 20, were arrested Monday evening on suspicion of grand theft and conspiracy, according to the Riverside County Sheriff’s Department.

Deputies responded to a report of diesel fuel being stolen at around 4:30 p.m. Monday when they allegedly found Huertas and Laglera pumping diesel fuel into a storage tank, according to authorities.

The two suspects allegedly pumped around 470 gallons of fuel, worth over $2,700, without paying by manipulating the fuel pump mechanism, authorities said.

Authorities said the suspects are part of a larger theft ring and ask that anyone with information about the crimes contact Deputy Pasch or Deputy Zazueta with the Thermal Sheriff’s Station at 760-863-8990.