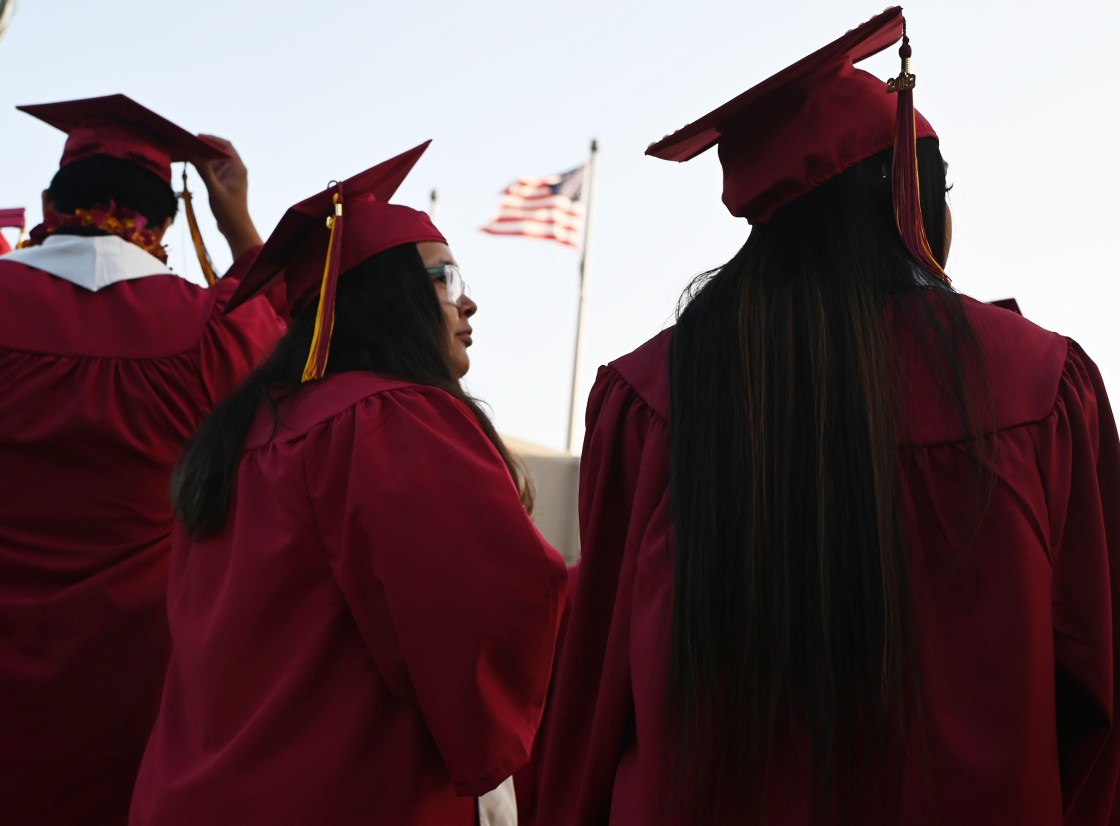 (CNS) – Inland Empire lawmakers Wednesday imparted opposing views on President Joe Biden’s announcement that several hundred billion dollars in college student loan IOUs will be forgiven, or “canceled,” with supporters touting it as a debt relief measure benefiting millions of Americans, while critics said it will only add to inflationary pressures and burden taxpayers with higher costs going forward.

“President Biden’s decision to arbitrarily forgive up to $20,000 in student loan debt for families making up to a quarter million dollars (annually) is unfair and inflationary,” Rep. Ken Calvert, R-Corona, said. “It’s also outrageous to ask the millions of hard-working Americans who didn’t go to college to pony up the tax dollars to cover the costs of sending the children of upper-middle class families to college.”

Rep. Raul Ruiz, D-Rancho Mirage, said that student debt loads were “holding many in our communities back from securing their financial futures and fully contributing to our economy.”

“I applaud the action the president took today that will help ease local families’ financial burden and boost educational attainment for Americans across the country,” Ruiz said.

Under Biden’s executive order, which bypasses Congress, all federally backed college student loans, including Pell grants, will be eligible for forgiveness. According to published reports, U.S. Justice Department attorneys reviewed the order and determined that the president has the authority to direct the Department of Education to enact the program.

Individuals earning less than $125,000 annually, and members of households in which aggregate annual incomes are $250,000 or less, will be invited to apply for debt cancellation. Those who are repaying Pell grants can receive up to $20,000 in automatic debt removal, while others will be able to seek a maximum of $10,000 in forgiveness, according to the Department of Education.

White House officials said more than 43 million people nationwide are currently carrying federal student loan debt. The average balance is $37,667, which can be amortized over varying periods. About half of borrowers owe less than $20,000, according to figures.

Biden made a campaign pledge to implement a debt forgiveness program, and in announcing the action plan Wednesday, he said it would help “families who need it the most: working and middle class people hit especially hard during the pandemic.”

Ballpark estimates indicated that if most of those eligible to receive student debt forgiveness take advantage of the new program, the net result would be exemption from paying a total $300 billion.

“This debt won’t magically disappear,” Calvert said. “It will be paid for by taxpayers … with outstanding student loan debt projected to return to its current level of $1.6 trillion in just four years. Once again, the Biden administration is advancing massive amounts of inflationary spending on the backs of American taxpayers to transfer money to its favored political supporters. This game of picking winners and losers is wrong, and it’s propelling our economy deeper into a recession.”

Rep. Mark Takano, D-Riverside, called the forgiveness plan “a major relief to millions of students across the country.”

Sen. Melissa Melendez, R-Lake Elsinore, said the plan amounted to tilting the playing field, where those who have already paid their college education bills — or those who never had them and remained debt-free — will now be responsible for paying “the school loans of others.”

“And in fantasyland where Biden and his Democrat friends live, that’s fair,” she said.

In addition to exempting student loan debtors from repayment obligations, the administration also announced an extension of the freeze on student loan interest rate accrual through Dec. 31. The freeze was first enacted under President Donald Trump as part of the initial response to the federal coronavirus public health emergency, and it has been renewed six times.

More information about the program is available at studentaid.gov/debt-relief-announcement.