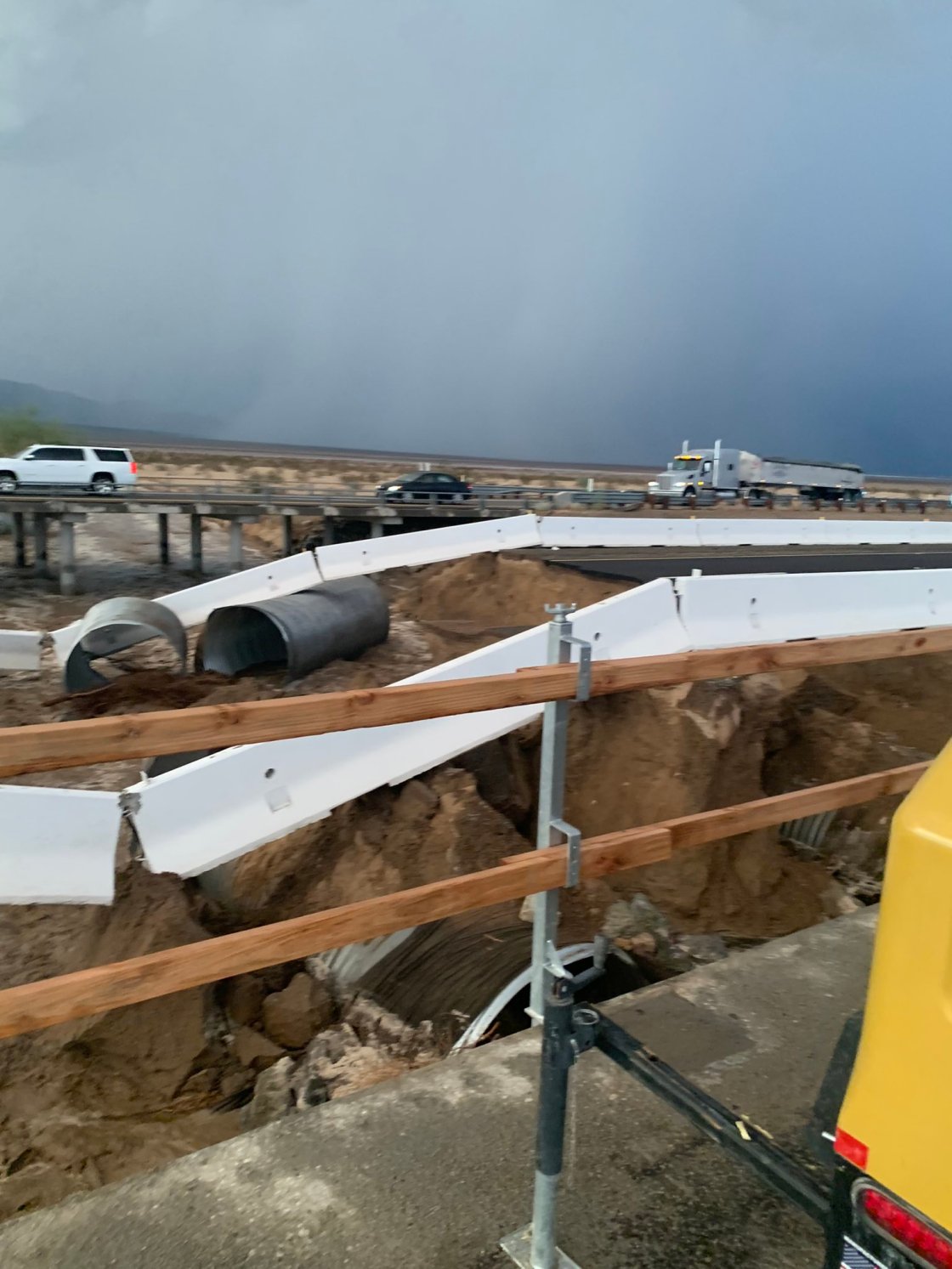 (CNS) – Traveling between California and Arizona through Riverside County remained a nightmare due to flooding that washed away a portion of eastbound Interstate 10 between Desert Center and Blythe, but a single eastbound lane was reopened Thursday, offering some relief.

Caltrans officials continued to urge motorists to find alternate eastbound routes toward Arizona, with only one lane available to carry traffic through the storm-damaged area.

Update 1: WB I-10 lanes are open, traffic slow moving. EB I-10 lanes will remain closed until further notice due to washout. pic.twitter.com/5er80JCP2u

And while crews were continuing repair efforts, more storms are possible Thursday afternoon. A National Weather Service flood watch will be in effect through Thursday evening for the Coachella Valley and Riverside County mountains. 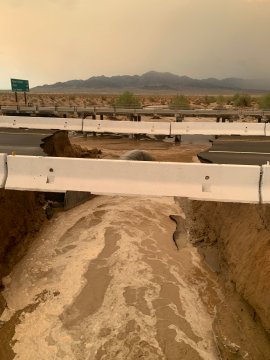 The stretch of the eastbound 10 freeway was flooded east of Corn Springs Road at approximately 6:40 p.m. Wednesday, prompting closure of all eastbound lanes, according to the California Highway Patrol. Photos from the scene showed pavement completely washed away. Westbound lanes were unaffected.

But despite the significant damage, crews managed to get an eastbound lane of traffic open slightly before 8 a.m. Thursday, according to Caltrans.

“One lane going EB I-10 has reopened from Desert Center to Blythe!” Caltrans proudly announced on Twitter Thursday morning. “Detour lanes are what washed out, crews were able to reopen the other EB I-10 lane. To avoid delays, use alternate route, as only one lane is open.”

When the initial closure was reported on Wednesday, a closure was also reported on state Route 177 because of downed power lines, and various detours were announced, including the use of northbound Interstate 15 to Interstate 40.

SR-177 also was reopened about 8 a.m. Thursday, along with SR-78, Caltrans reported. The repair work was continuing.

Sharon Leath, a dispatcher with California Highway Patrol told the Los Angeles Times there were seven overturned tractor-trailers reported on Interstate 10 with one person injured during the storm event. An overturned big rig along the freeway contributed to the massive backup on Wednesday along Interstate 10, which temporarily left some motorists stranded.

Eastbound state Route 62 opened from SR 177 to Interstate 95 at around 8 a.m., but the westbound portion toward Twentynine Palms remains closed. Caltrans recommended using Interstate 15 or Interstate 8 for those traveling to Arizona and eastbound.