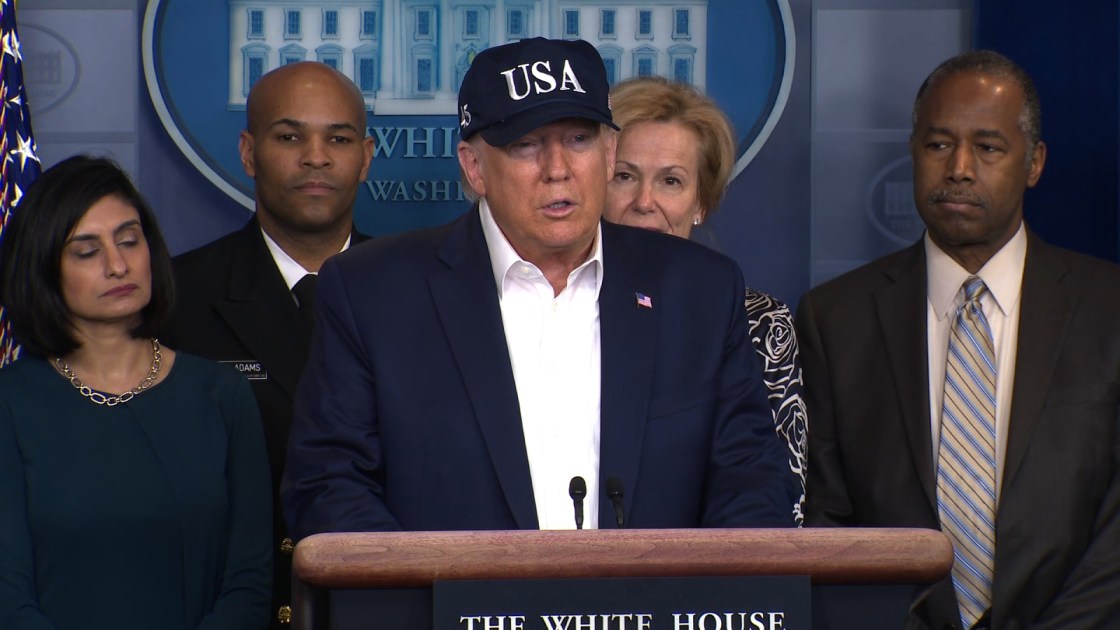 (CNN) — The Justice Department on Friday released a redacted version of the Mar-a-Lago search warrant affidavit.

Federal investigators used the affidavit to convince a judge that there was probable cause that crimes had been committed, paving the way for the judge to authorize the search of former President Donald Trump’s home and resort in Florida.

The Justice Department also released a redacted legal brief explaining why it proposed the redactions to the affidavit, including possible threats to witnesses.

The DOJ argued that, without the proposed redactions, “the affidavit could be used to identify many, if not all, of these witnesses.” What follows is two paragraphs of redacted material.

“If witnesses’ identities are exposed, they could be subjected to harms including retaliation, intimidation, or harassment, and even threats to their physical safety,” the filing said. “As the Court has already noted, ‘these concerns are not hypothetical in this case.'”

Reiterating language prosecutors previously used to describe why the affidavit should be kept secret, the DOJ’s legal brief said its details would provide a “road map” to the investigation and that revealing “this information could thus adversely impact the government’s pursuit of relevant evidence.”

It appears that one example of this risk is laid out in a redacted paragraph.

“In addition, revealing this information could severely disadvantage the government as it seeks further information from witnesses,” the filing said. “In short, the government has well-founded concerns that steps may be taken to frustrate or otherwise interfere with this investigation if facts in the affidavit were prematurely disclosed.”

A high-stakes search approved by the court

The affidavit was one of the documents the Justice Department filed in court to get judicial authorization for the FBI’s extraordinary search of Trump’s Florida home. In it, investigators had to lay out why they believed there was probable cause a crime was committed, and that evidence of that crime existed at Mar-a-Lago.

According to other documents released connected to the warrant, the FBI is investigating the willful retention of national defense information, concealment or removal of government records and obstruction of federal investigation.

FBI agents reviewed the 15 boxes provided to the National Archives in May, and the affidavit details the amount of classified material that was found.

The affidavit says that there were markings on the documents with multiple classified compartmentalized controls. “Based on my training and experience, I know that documents classified at these levels typically contain” national defense information, wrote the special agent who authored the affidavit.

“Several of the documents also contained what appears to be (the former President)’s handwritten notes,” the affidavit says.

The FBI search of Mar-a-Lago on August 8 occurred two months after a trip top department officials took to the resort, where they were shown where Trump was storing some of the materials. In the time between, investigators became suspicious members of Trump’s team weren’t being fully truthful about the situation and that documents were being withheld in the efforts to return the records to the federal government.

Fight over releasing the affidavit

The affidavit was released after a fight in court over the transparency the public was owed into a search with the historic significance of one involving the home of a former president. Soon after news of the search broke, news outlets, including CNN, and other entities filed in court, seeking the release of the warrant materials.

The Justice Department was initially willing to release some of the warrant documents publicly, with Attorney General Merrick Garland telling reporters earlier this month that Trump team’s public confirmation of many aspects of the search made the move appropriate in the face of the DOJ’s usual habit of keeping such materials secret.

But prosecutors balked at releasing the warrant affidavit itself, which they said would provide a “road map” to the investigation and chill the cooperation of witnesses in this and other probes. They also argued that once the necessary redactions were made, the document would be devoid of meaning. But US Magistrate Judge Bruce Reinhart — who approved the warrant in early August and presided over the document release dispute — did not buy that argument. Under his instruction, the DOJ instead proposed redactions, which he found acceptable, prompting his order for the release.

Trump has publicly called for its release as he baselessly claimed that he was the target of a “witch hunt.”

But his attorneys did not make any formal move to weigh in on the dispute before Reinhart. Only two weeks after the search did his legal team raise objections to it in court — but in a separate legal action filed that landed before a different judge in the Southern District of Lawsuit.

In that lawsuit, Trump is asking for a third party known as a “special master” to oversee the FBI’s review of the materials it seized at Mar-a-Lago. His filing this week referenced a desire to see the affidavit in full, but he didn’t request an order from the judge to do so. Other apparent legal shortcomings in the complaint prompted the judge, Trump-appointee Aileen Cannon, to order he make new submissions by Friday midnight laying out exactly what he wanted and why she had the authority to grant it.

The quick pace of the proceedings around learning more about the FBI’s search has showcased the disarray in Trump’s legal response to the investigation. The narrative that Trump and his allies have put forward about his handling of the documents in their PR response to the search has not matched what Trump’s legal team claimed in the private negotiations with the Archives that started a year and a half ago, according to documents that have been made public from those conversations.