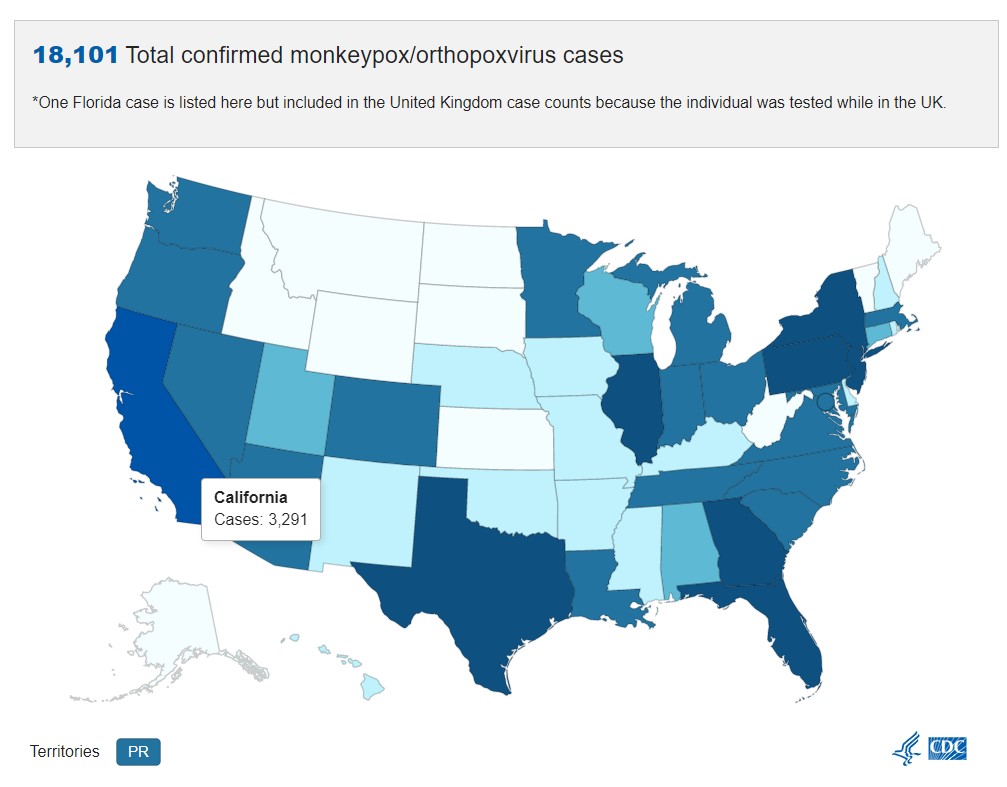 Last week, the number of cases in the county was 128, up from 87 the previous week. The county’s first probable or confirmed case in a female was reported in mid-August.

A total of 84 probable or confirmed monkeypox cases have been reported in Palm Springs, making up almost half of the county’s aggregate count of 172, according to the latest RUHS data.

He said the county received 5,413 doses of the two-dose JYNNEOS monkeypox vaccine, enough for 2,706 people, before the 75% was distributed to the Coachella Valley. The other 25% was kept for RUHS efforts such as large- scale events and post-exposure prophylaxis.

As of Monday, a total of 3,291 monkeypox cases were confirmed in California — the highest of any state — while nationwide, the aggregate count was at 18,101, according to the latest CDC data.