Flex Alert in Effect for 2nd Day; Another Conservation Alert Called for Friday 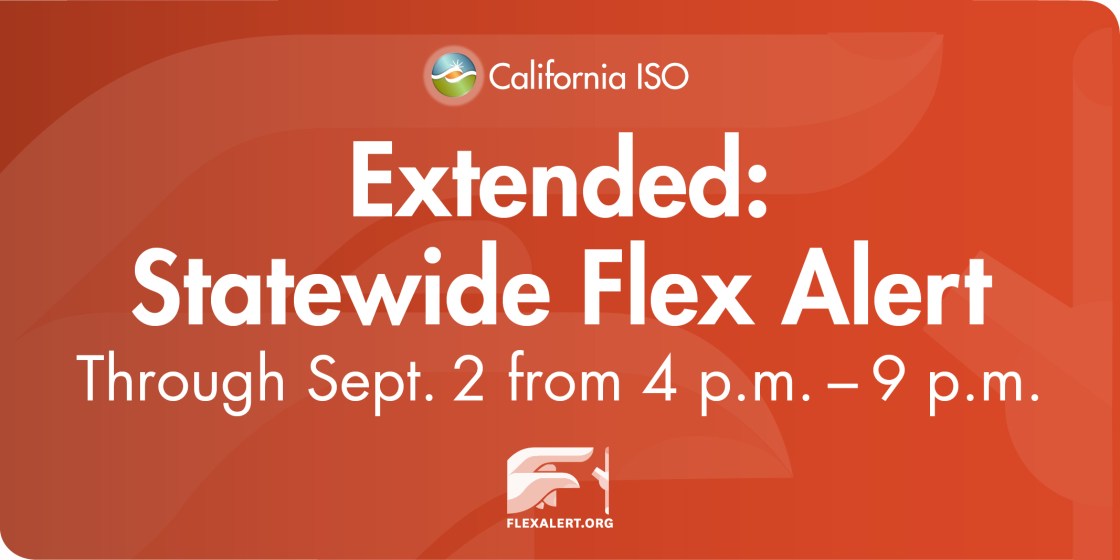 (CNS) – A Flex Alert calling for voluntary power conservation to reduce strain on the state’s electricity grid took effect for a second consecutive day Thursday, and the high heat prompted yet another alert that’ll be in effect Friday afternoon.

Responding to the heat wave that has driven up temperatures and demand for air conditioning, the California Independent System Operator — which manages the state’s power grid — issued the first Flex Alert of the week on Wednesday, urging residents to reduce electricity use from 4 to 9 p.m. The alert worked, and the state avoided any involuntary blackouts.

“Flex Alerts have been resulting in some helpful conservation and grid operators and an emergency proclamation from Gov. Gavin Newsom, requested by the ISO, has also freed up some additional resources,” according to Cal- ISO. “… The Flex Alert covers that time of day when the grid is most stressed from higher demand and less solar energy.”

Cal-ISO has warned that more Flex Alerts are likely to be posted during the duration of the heat wave, particularly on Sunday and Monday, which are forecast to have the highest electricity demand.

“With excessive heat in the forecast across much of the state and Western U.S., the grid operator is expecting high electricity demand, primarily from air conditioning use, and is calling for voluntary conservation steps to help balance supply and demand,” according to Cal-ISO.

The heat wave baking most of the state is expected to continue through the Labor Day weekend.

“We are anticipating this extreme heat to be a length and duration the likes of which we haven’t experienced in some time,” Gov. Gavin Newsom said Wednesday. “Yes, we’re used to record-breaking temperatures, maybe a day or two, more episodic, but this is an extended period.”

He encouraged residents to heed the call for conservation, noting that the most concerning days in terms of electricity demand will come on Sunday and Monday, during Labor Day weekend.

“Try not to use too much electricity in those key hours,” he said. “… Try to reduce your consumption to the extent possible. If you’re not home, it’s a holiday weekend, Labor Day weekend, you’re out enjoying yourself, we encourage you before you leave home if you can turn those thermostats up to 85 degrees, that would also help reduce demand.”