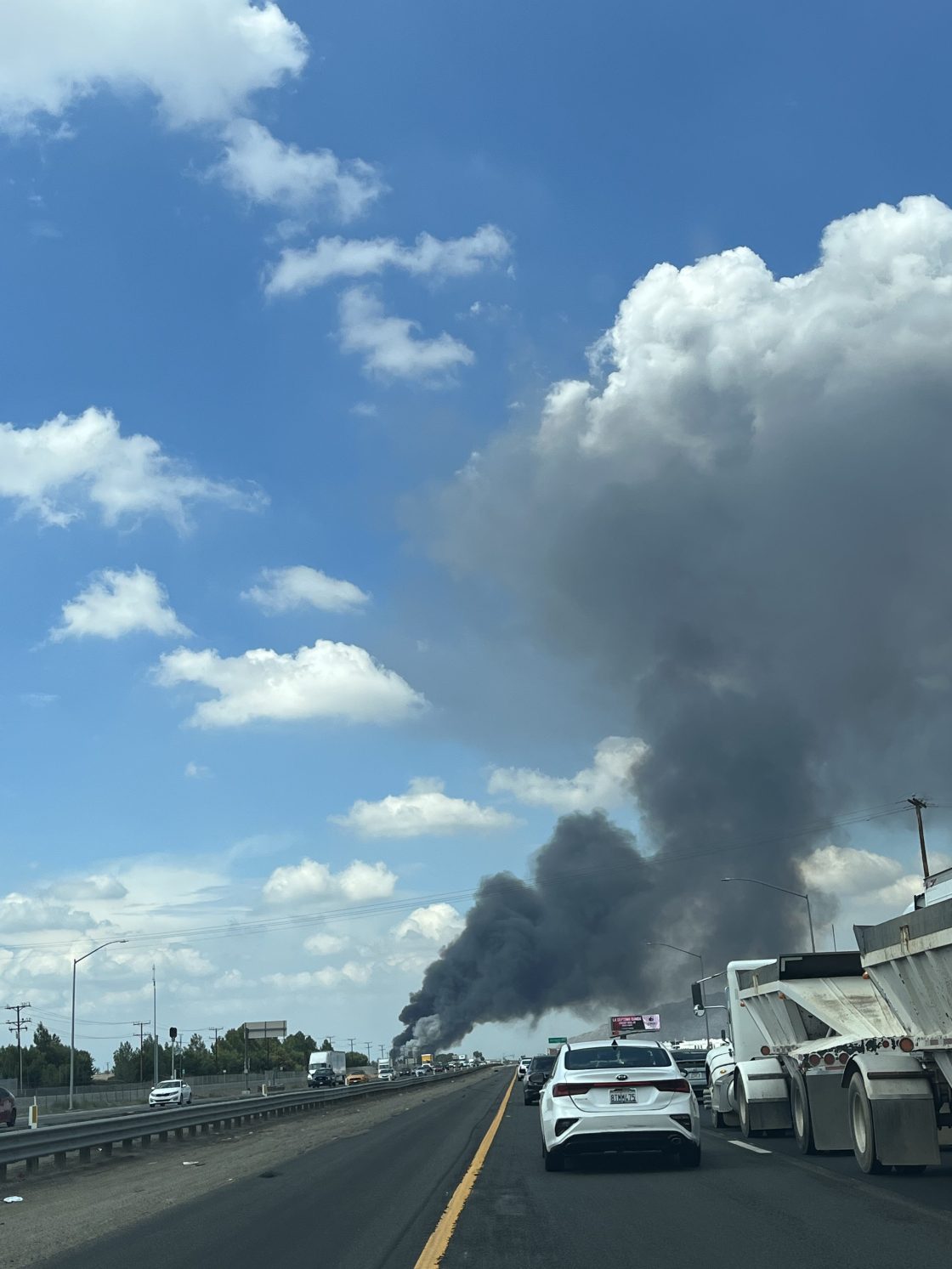 RIVERSIDE (CNS) – A fire erupted today in a pile of pallets adjacent
to a warehouse on the boundary separating Riverside and Moreno Valley, quickly
spreading to the exterior of the building, prompting a three-alarm emergency
response.

The blaze was reported at 1:30 p.m. at 22000 Opportunity Way, just
west of Interstate 215, according to the Riverside County Fire Department.

Multiple engine crews and truck companies from the county, city of
Riverside and March Air Reserve Base converged on the location within minutes
and encountered heavy smoke and flames threatening the warehouse.

Initially, the fire was declared a two-alarm emergency, but it was
elevated to a third alarm when the flames extended to a wall on the south side
of the commercial structure, according to reports from the scene.

The warehouse was evacuated.

As of 2:20 p.m., firefighters were working to contain the blaze to one
segment of the structure.

One firefighter suffered a heat- and smoke-related injury and was
taken to nearby Riverside University Medical Center for treatment.

Because of heavy black smoke drifting over I-215, the California
Highway Patrol was considering lane closures on both the south and northbound
sides of the freeway between Cactus Avenue and Van Buren Boulevard, a roughly
quarter-mile stretch. However, as of 2:25 p.m., no lanes had been taken out of
service.