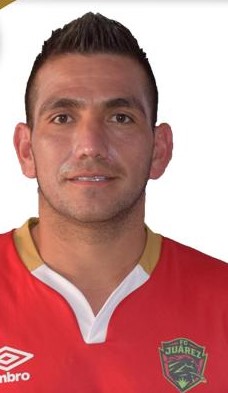 (CNS) – A former player for soccer team Club Tijuana Xoloitzcuintles was arrested and charged this week for allegedly trying to smuggle two women across the border at the Otay Mesa Port of Entry.

Raul Enriquez-Arambula, 37, the Xolos’ top goal scorer of all time, was arrested Sunday morning and charged Monday by San Diego federal prosecutors with one count of bringing in unlawful aliens without presentation.

According to a probable cause statement filed in federal court, Enriquez was driving a 2016 Cadillac SRX that was inspected by a U.S. Customs and Border Protection officer just after 5 a.m. The document indicates Enriquez told the officer that he was traveling to Orange County to play soccer.

The officer conducting the inspection saw a blanket covering something in the rear of Enriquez’s car, asked him to open the rear hatch and found two women concealed underneath the blanket, according to the document.

Enriquez allegedly told officers that he did not know the women were in his car or how they got there.

The women, both Mexican citizens who lacked documents needed to lawfully enter or live in the United States, told officers that they agreed to pay between $15,000 and $18,500 to be brought across the border, the document states. The women also allegedly told officers that just before officers discovered them, “the driver” told them they were only five minutes away from crossing the border.

Enriquez is due in court Thursday for a hearing to determine whether he will remain in custody or can be released on bond.

He played for the Xolos from 2007 until 2013, during which time he scored 81 goals, nearly twice as many as the second-place goal scorer.