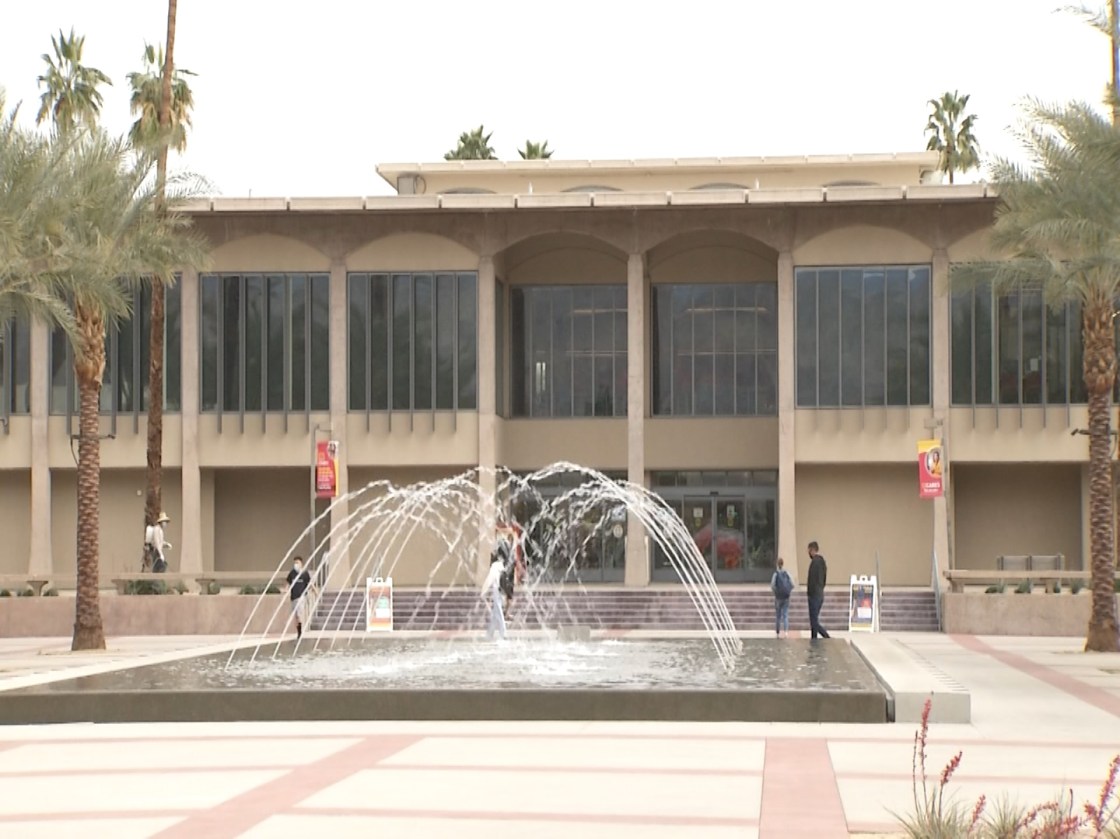 It’s been a big week for College of the Desert.

Monday, COD released its highly anticipated feasibility study for the West Valley campus, the same day the city of Palm Springs filed its public records lawsuit against the college.

After speaking with Mayor Lisa Middleton on Tuesday, concerns like the new size of the campus were addressed.

But Nicholas Robles with COD has an answer.

“This report is saying we would project it to be at about 142,000 square feet,” COD Public Information Officer, Nicholas Robles, shared. “Really where these different numbers come from are from different planning documents dating back from the original project. So when we were at the Tramview property, which is the one in northern Palm Springs, that was a much larger site. That’s where that 650 number comes from.”

Robles explained when the city asked the college to relocate to the old mall, the square footage was reduced because the current site is much smaller.

But what about the potential challenges in funding operation costs of the campus?

Robles also explained other changes like removing the development of the Learning Hotel from Phase 1 of construction.

“That was actually one of the other items Visit Greater Palm Springs had put together in their own report and their report also suggested that the Learning Hotel not be included in Phase 1,” he said. “We were looking at how to make the space as efficient as possible, meaning that there shouldn’t necessarily be such dedicated square footage to one program or another but have more shareable square footage.”

Before the Board of Trustees meeting, Robles is encouraging the community to share their thoughts.

“That way people can make their voices heard,” he said. “We are still making progress on the Palm Springs development project. We are still moving that project forward.”

Again, the Board of Trustees is meeting tomorrow morning at 9:30 a.m. at the Palm Desert campus.

NBC Palm Springs will keep you updated on what they discuss tomorrow.

Click here for the Board of Trustees meeting agenda.