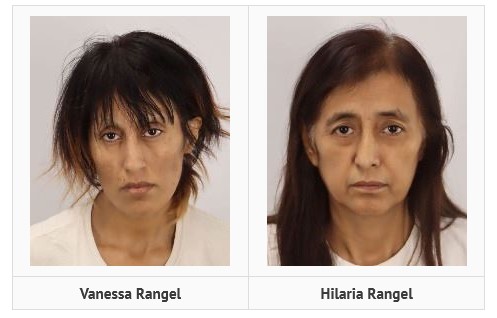 The 37-year-old mother and 55-year-old grandmother of a young boy found unresponsive in a home Coachella were arrested Tuesday.

Vanessa Rangel, the child’s mother, and Hilaria Rangel, the boy’s maternal grandmother are facing one (1) felony count of child abuse resulting in great bodily injury and death, according to the Riverside County Sheriff’s Department.

Agents with the Major Crimes Unit and Central Homicide Unit served a search warrant in the 51500 block of Date Street in Coachella Tuesday at 7p.m. and arrested Vanessa Rangel.  Agents also arrested Hilaria Rangel Wednesday just after midnight on Miro Lane in Coachella, according to jail records.

Around 7:50 p.m. Thursday, September 8, deputies from the Thermal sheriff’s station responded to the 50400 block of South Kenmore Street to administer juvenile medical aid, according to Sgt. Ben Ramirez with the Riverside County Sheriff’s Department.

Upon arrival, deputies were directed to a child who was not breathing, Sgt. Ben Ramirez said. Despite efforts from deputies and Cal Fire medics who performed lifesaving measures, the child died at the scene.

Both Rangels were booked into the Robert Presley Detention Center, and are being held on a $1 million bail.

The investigation is currently on-going and no further information will be released at this time.

If anyone has information regarding this investigation, they are encouraged to call Investigator Lopez at the Thermal Station at 760-863-8990 or Investigator Alfaro at the Central Homicide Unit at 760-393-3528.