Containment of Fairview Fire Rises to 84% 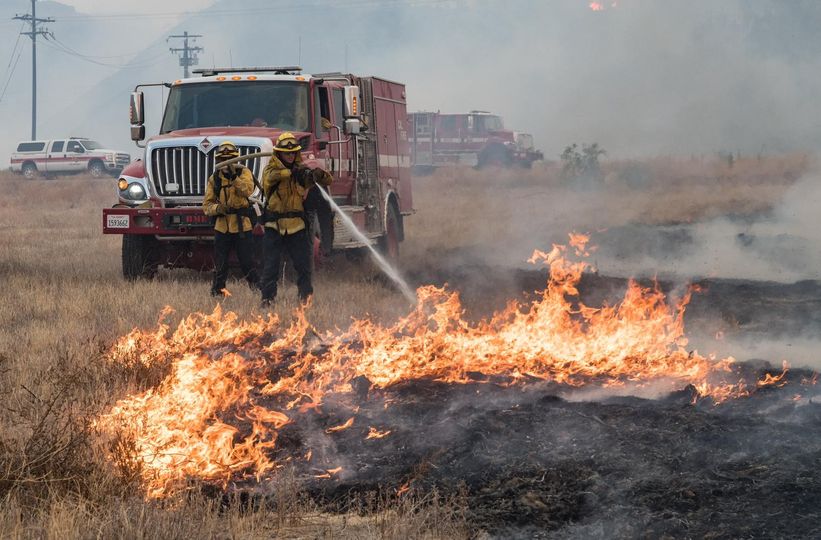 (CNS) – Firefighters are making progress Thursday battling the Fairview Fire near Hemet with containment at 84%, but full containment was not expected until Saturday, while evacuation orders inside the fire perimeter were reduced to warnings, authorities said.

All remaining areas around the fire perimeter under an evacuation warning have been lifted.

The fire has burned 28,307 acres, caused two deaths and destroyed at least 22 structures, according to the unified command fighting the fire. It was 75% contained as of 7:30 p.m. Wednesday. Two first responders were reported injured and five structures were reported damaged by fire.

There were 2,132 firefighters assigned to the fire on Tuesday, working under a unified command consisting of Cal Fire Riverside, the U.S. Forest Service, the Riverside County Fire Department and Riverside County Sheriff’s Department. The fire was still threatening 112 structures.

All evacuation orders have been lifted. The evacuation centers at Tahquitz High School and the Temecula Community Center were closed Tuesday. Redlands East Valley High School remained open for individuals who were impacted by possible debris flows.

Officials also said Tuesday that a recovery call center has been opened to assist residents who had their home damaged or destroyed in the fire. The number is 951-358-5134 and will be staffed weekdays from 8 a.m. to 5 p.m.

The fire was reported shortly after 2 p.m. on Sept. 5 on Fairview Avenue and Bautista Road.

Two civilians were killed and one was severely burned early in the fire. Sheriff’s officials confirmed Wednesday the two deceased victims were found inside a vehicle in the 42400 block of Avery Canyon Road in East Hemet Sept. 5, apparently overcome by the flames while trying to leave.

The two victims have not been formally identified by authorities, but friends identified them to reporters as Ian Compton and his daughter Mikayla Porter, who had autism. Friends said their family pets were also killed. Compton’s wife, Tina, was severely burned and remains hospitalized. A sheriff’s official said Wednesday the woman, who was found outside the vehicle on Avery Canyon Road, was expected to survive.

The Riverside County Emergency Management Department declared a local emergency Wednesday due to the fire, enabling the county to apply for federal and state relief. The Board of Supervisors formally approved the proclamation during its meeting Tuesday. Gov. Gavin Newsom declared a state of emergency covering the fire zone last week.