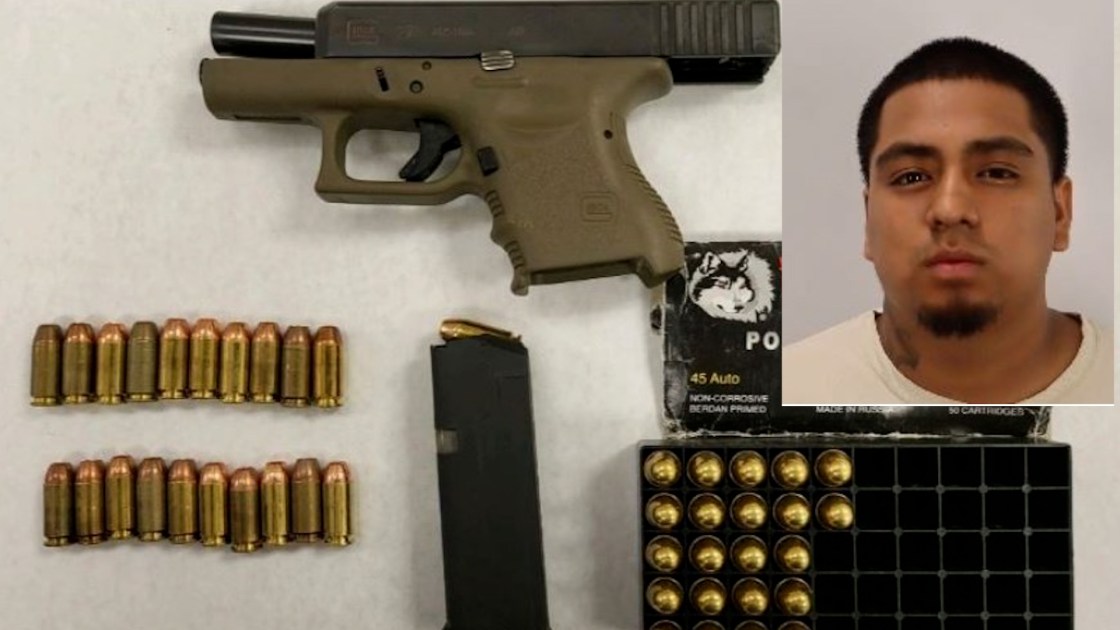 (CNS) – A 19-year-old felon and documented gang member allegedly in possession of a firearm and ammunition in Cathedral City posted bail and was released from jail Thursday.

Diaz posted $50,000 bail and was released from jail on Thursday, according to inmate records. He is expected to be arraigned on Dec. 21 at the Larson Justice Center in Indio.

Heredia said personnel from the Coachella Valley Violent Crime Gang Task Force searched a residence in the 30000 block of Avenida Juarez around 5:30 p.m. Tuesday as part of a probation compliance search. They found a loaded .40-caliber semi-automatic Glock handgun, and Diaz was subsequently arrested.

Anyone with further information about the suspect was asked to call Officer Coddington at 760-836-1600.