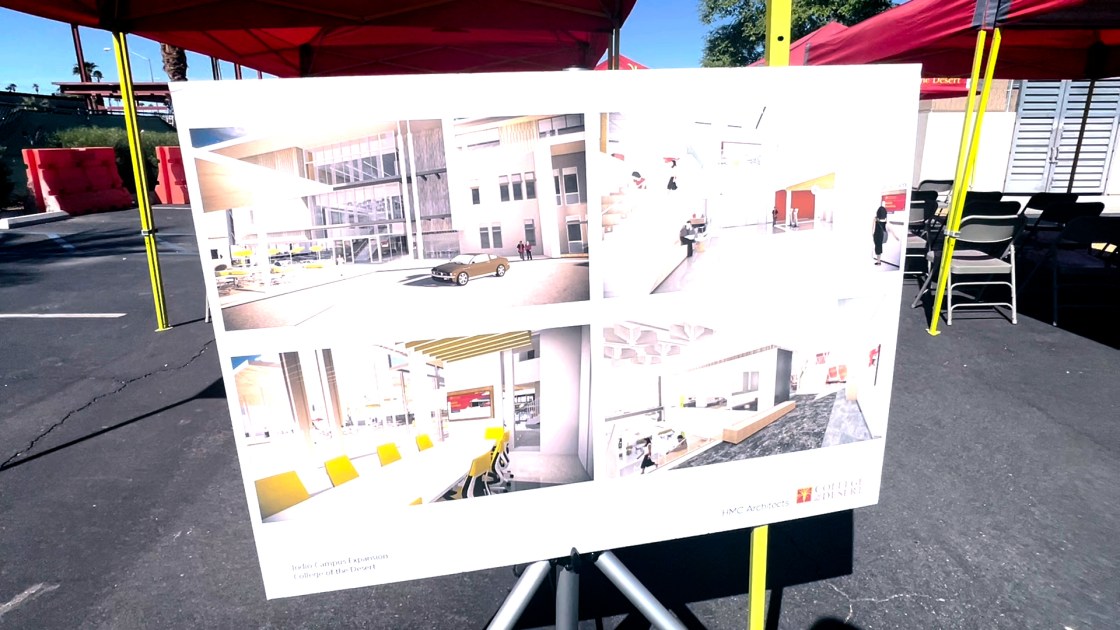 Members of the community, stake holders and students were present at the College of the Desert Indio campus site expansion Tuesday.

Attendees were encouraged to leave their mark on one of the beams that will be included in the 3-story structure on the new site opening in the Springs of 2024.

COD administrators and City of Indio officials spoke about the future of the site and made comments on the growth happening with the site expansion.

“Bond funding approved by voters was instrumental in getting this project built, so it’s fitting that the public should be part of it,” said Superintendent/President Martha Garcia, Ed.D. “The Indio Campus Expansion will be an incredibly valuable asset to the College, our students and community.”

The project budget is $73.8 million for the Indio campus expansion and upgrades, and will be covered in part by funding from 2016 Measure CC in the city of Indio.

The beam was accessible for signing from 3p-6:30p.

The site is located next to the main Indio campus at 45524 Oasis Street and is expected to serve about 5 thousand additional students.

The existing instructional facility on campus is also slated for a remodel and infrastructure upgrades and will be joined to the new building via a pavilion.