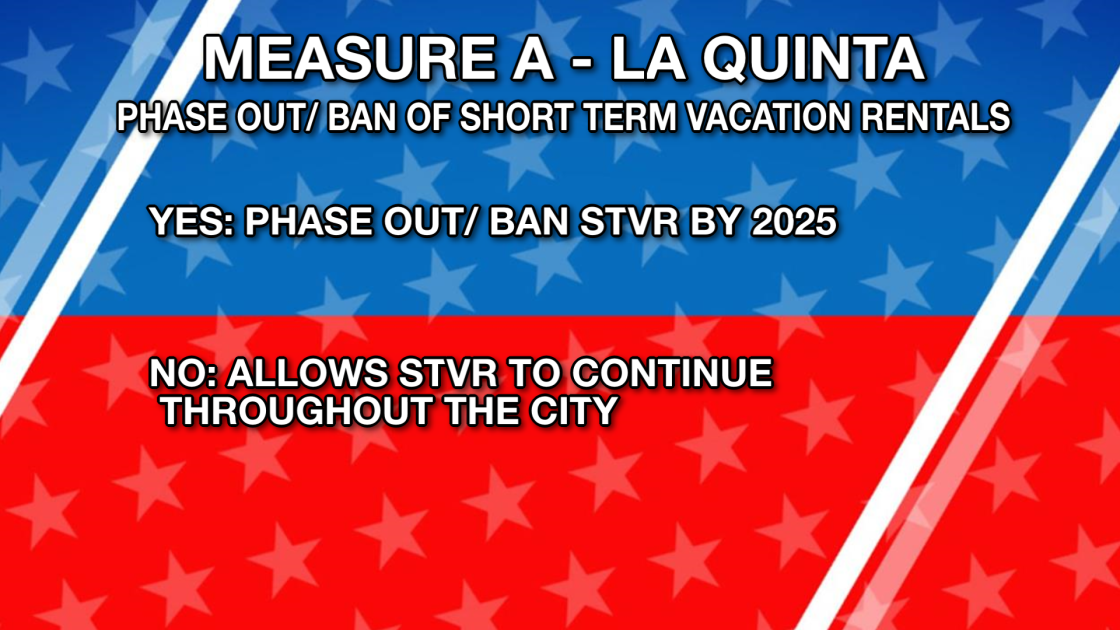 (CNS) – Voters in La Quinta Tuesday will decide whether to phase out and permanently ban non-hosted, short-term vacation rentals in the city by 2025.

If Measure A passes, renting out a residential dwelling to someone for 30 consecutive days or less while not living on-site or in the unit throughout the occupant’s stay would be prohibited by Dec. 31, 2024.

The measure would not apply to hosted short-term vacation rentals, in which the owner is on-site and in the unit throughout the renter’s stay.

According to city officials, if Measure A passes, the city will phase out the renewal of existing permits prior to the permanent ban taking effect in 2025.

“The reality of Measure A’s unintended consequences will undoubtedly impact La Quinta’s quality of life and economy,” Fitzpatrick and Radi wrote in an argument opposing the measure. “Consequences will include canceled or delayed public works projects, and lack of maintenance of our aging infrastructures, roads, parks and amenities.”

In a rebuttal, supporters said passing the measure “promotes the conversion of residential short-term vacation rentals into family homes, adding millions to the local economy and school budget.”