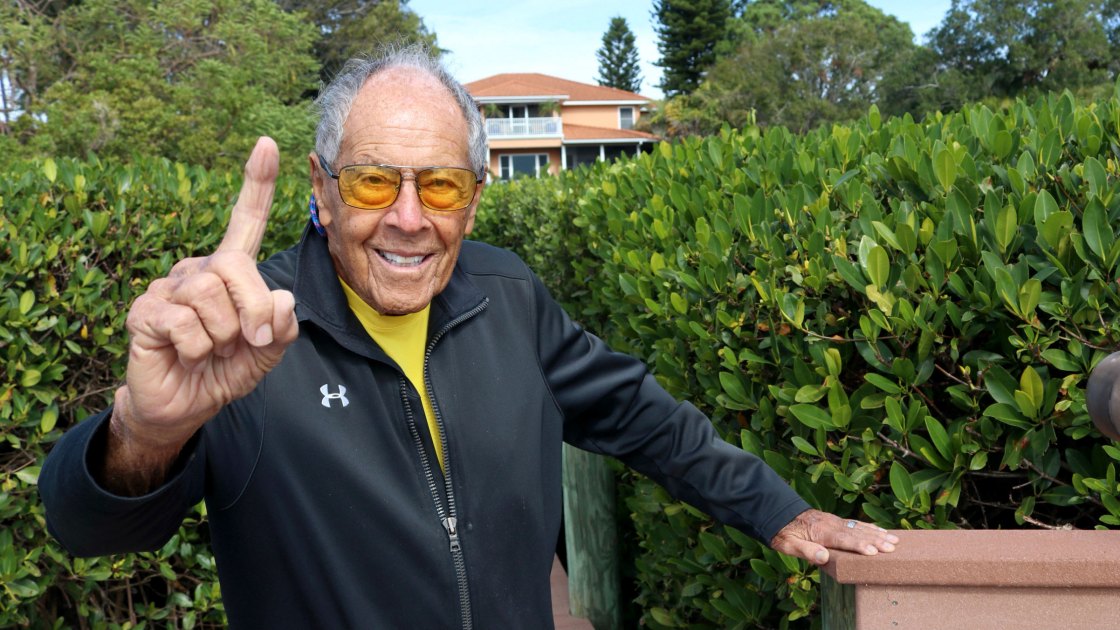 (CNN) — Nick Bollettieri, the famed tennis coach who taught the likes of the Williams sisters, Andre Agassi and Maria Sharapova, has died aged 91.

Bollettieri’s death was confirmed by the IMG Academy, which Bollettieri is the founder of, in a statement sent to CNN.

“Anyone who knew Nick knows how much he loved developing the potential in young people, coaching tennis and this Academy,” Tim Pernetti, president of IMG Academy Bradenton — a division of IMG Academy — said.

“Even in his last days, you could often find him on campus, coaching and mentoring young student-athletes and staff with the same passion and enthusiasm as he did in his 20s. Our heart goes out to his wife, Cindi, and his children. He has made a permanent and lasting impact on all of us.”

Tommy Haas, former world No. 2 and one of Bollettieri’s former pupils, posted a heartfelt tribute on Instagram.

“So many memories, I am not sure where to begin. Nickiiiii, that’s how I have called you for the longest time,” Haas wrote.

“Thank you for your time, knowledge, commitment, expertise, the willingness to share your skill, your personal interest in mentoring me, and giving me the best opportunity to follow my dreams. You were a dreamer and a doer, and a pioneer in our sport, truly one of a kind.

“I surely will miss you around the academy, our Tennis talks, miss showing of your tan, white teeth and body fat, miss watching you do Tai Chi, miss playing Golf with you watching you try to cheat, eating a Snickers bar and running for the bushes, and hearing all about your plans even at the age of 91.

“Thanks again for everything…….. RIP Nickiiiii.”

Born in Pelham, New York, Bollettieri turned his attention to tennis coaching to earn money on the side while studying for a law degree at the University of Miami. He had previously spent time as a high school football quarterback and a paratrooper in the military.

In 1977, he founded the Nick Bollettieri Tennis Academy — now the IMG Academy — after borrowing $1 million from a friend to build a live-in tennis academy for his students.

During over 30 years as a coach, Bollettieri became one of the most sought-after teachers in world tennis due to the success players had under him.

The Academy has since expanded into other men’s and women’s sports, including baseball, football and soccer.

In 2006, in an interview with CNN World Sport, the famed trainer laid out his vision for successful athletes, and how they must be open to change.

“The physical and mental part of the game cannot be secondary to your court time,” he said. “You must have a passion for the game and compete for every single point.”

He coached multiple grand slam winners and 10 world No. 1 players, including Agassi, the Williams sisters, Sharapova, Boris Becker, Monica Seles and Anna Kournikova before being inducted into the International Tennis Hall of Fame in 2014.

2011 Wimbledon runner up and former world No. 12 Sabine Lisicki paid tribute to Bollettieri on her social media, saying: “Thank you Nick.”

“It’s hard to find the right words and I’m not sure if I’ll be able to,” the German wrote.

“You have given so many children a place to work for their dream. Supporting them with your knowledge and the believe that anything is possible. I was fortunate to be one of them. So many memories we created together that I will cherish forever.

“You’ve shaped the game of tennis and even just a couple of months ago at 92 you were telling me all about your next plans.

“You will be dearly missed. Rest In Peace Nicki.”

Jimmy Arias, former world No. 5 and one of Bollettieri’s original students, also paid tribute to him.

“Tennis wouldn’t be where it is today without Nick’s influence,” Arias said.

“His tennis academy, which I had the privilege of growing up within, not only served as a launching pad for many tennis greats but evolved into an institution that has had a profound impact on the development of athletes across many sports at all levels.”