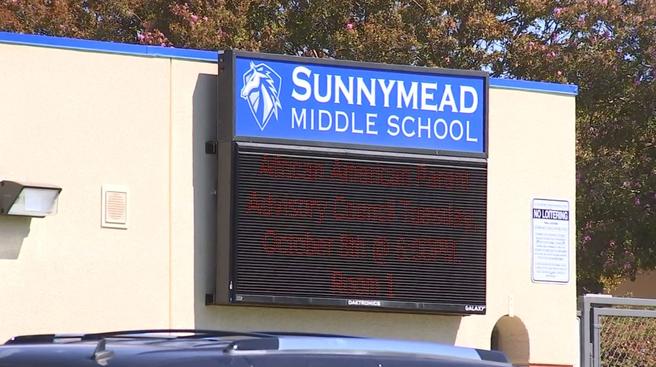 A medical emergency in Moreno Valley.

“Sheriff’s deputies were called to the middle school about 11:30 a.m. for students that were experiencing a medical emergency,” said Sgt. Deirdre Vickers, Riverside County Sheriff’s Office. “It was later learned that those students had ingested marijuana infused gummies.”

The recent adolescent overdose incidents are sparking a growing concern in the region and around the country.

“This is definitely something that we’re aware of and does raise a concern for us as a community and law enforcement that we are seeing the younger and younger generations having more and more access to these types of items,” said Sgt. Vickers.

Adolescent cannabis abuse in the u-s has increased by 245% since 2000 according to a study from Oregon Health & Science University. The study says the dramatic uptick coincides with a wave of decriminalization legislation in the US.

As edible cannabis products grow in popularity, law enforcement and school officials are warning parents and students to take precautions.

“With marijuana being legalized in CA, many household members do have these types of items in their home,” said Sgt. Vickers. “A lot of these are unregulated and may contain high levels of THC that can cause a lot of the symptoms that we were seeing yesterday in the juveniles such as the upset stomach, dizziness, and rapid heart rate.”

“All drugs are dangerous,” said Susan Kadel, RN, Lead School Nurse, DSUSD. “The likelihood that they can lead to consequences that adolescents aren’t necessarily prepared to deal with.”

The rule of thumb is – if you don’t know the source… don’t consume the product.

“(Be) very mindful of taking random pieces of candy that aren’t wrapped or aren’t protected in a way that you can definitively tell that they are,” said Kadel.

And it’s not just marijuana that poses a threat to children, but also fentanyl.

“The fact that fentanyl is so prominent nowadays, any of these items can be laced with that and that can lead up to death,” said Sgt. Vickers.

The investigation is ongoing. If it is determined that adults were involved in the Moreno Valley incident, appropriate charges will be filed with the District Attorney’s office.