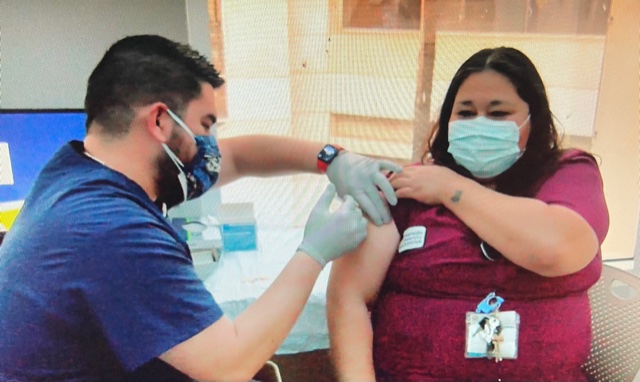 (CNS) – The number of people hospitalized with a coronavirus infection in Riverside County has dropped by 20 to 209, according to the latest state numbers.

Of those patients, 30 were being treated in intensive care, unchanged from the previous day’s number.

One month ago, 87 people were hospitalized throughout the county with a COVID infection, six of whom were ICU patients, according to the Riverside University Health System.

The aggregate number of COVID cases recorded since the public health documentation period began in March 2020 is 710,833.

According to the RUHS, the total number of deaths from likely virus- related complications over the last 32 months stands at 6,697. The figure was 6,693 the previous week. It has been revised downward at least once in the past two months as a result of a data reassessment by the California Department of Public Health, which is ongoing.

RUHS figures show that, among those who died while hospitalized with a COVID diagnosis in October, 42% had received the full SARS-CoV-2 therapeutic. That compares to 44% who died in September after receiving the complete regimen, according to data. The total number of fatalities in October was 12, with 16 in September.

The deaths weren’t classified as stemming directly from an infection, co-morbidities, or possible adverse reactions to the vaccines. November figures are slated to be released at the end of this month.

Health officials say the majority of people who die with COVID-19 are elderly or have an underlying health condition, including obesity, diabetes, heart disease or hypertension.