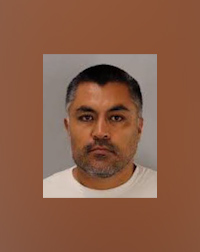 Luis Alfonso Martinez, 43, of La Quinta, is charged with two counts each of lewd acts on a minor and oral copulation of a child under 10 years old, as well as one count each of committing multiple lewd acts on an underage victim and distributing explicit material to a minor.

Following four days of testimony, the prosecution and defense delivered their closing statements on Friday, after which Riverside County Superior Court Judge Jerry Yang sent the jury behind closed doors to weigh evidence. Deliberations ended without a resolution Friday afternoon.

Jurors returned to the downtown Riverside courthouse Monday morning to take up where they left off last week.

Martinez, who is being held in lieu of $1 million bail at the Robert Presley Jail, was arrested in August 2021 following a sheriff’s department investigation that spanned nearly a month.

According to court records, it was initiated after the victim, identified in court documents only as “Jane Doe,” contacted detectives in the wake of psychological counseling stemming from the alleged sexual abuse, which occurred when the girl was between 5 and 9 years old, from October 2010 to October 2014.

Court papers state that Martinez dated the victim’s mother for a dozen years, while he was also involved in at least one other relationship with a woman in Mexico, whom he ultimately married and sired three children.

The prosecution alleges that Martinez routinely digitally penetrated the victim and fondled her, sometimes while laying in bed with her and her mother watching movies, or sitting with her on the living room couch of her mother’s residence.

The woman, whose identity was not released, was not been implicated in the alleged assaults. She told investigators she was unaware of anything amiss and viewed the defendant as a father figure to her two daughters, mainly the youngest one.

According to a trial brief filed by the prosecution, Martinez allegedly preyed on the girl, molesting her after her mother fell asleep and the victim was trying to rest.

“One time, she was on the couch and felt someone next to her,” the brief said. “She felt a hand on her vagina but did not want to get up because she was scared. She had a blanket over her head and could feel the defendant touch her waist and move his hands down to her vagina. Eventually, she got up and went to her sister’s room.”

There were occasions when Martinez loaded pornography onto his mobile phone and showed the child “lesbian sex, male with female sex, foursomes and fivesomes,” court papers allege.

She did not relate any of the alleged abuse to her mother at the time but did mention it to her sister, though in vague terms, the brief stated.

Prior to Martinez’s arrest, detectives arranged a “pretext phone call” during which the victim contacted the defendant and confronted him about his alleged encounters with her. According to court papers, the then-educator did not admit or deny anything, remaining largely silent throughout the conversation.

The victim did not attend any of his classes at John Kelley Elementary School in Thermal, prosecutors said.

He has no documented prior felony convictions.