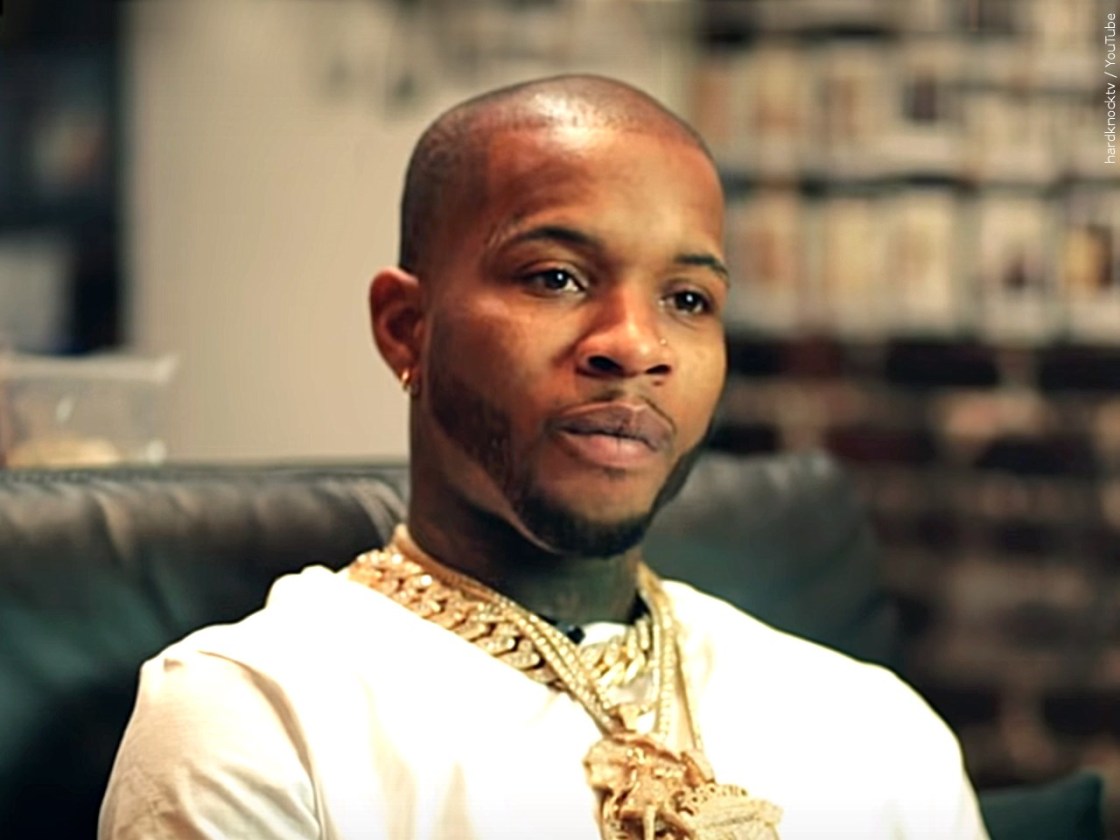 (CNS) – A prosecutor told jurors Monday that rapper Tory Lanez told fellow rapper Megan Thee Stallion to “dance” before he allegedly fired five times at her during an argument in the Hollywood Hills, while the musician’s defense attorney said jurors will have to determine who actually shot the gun nearly 2 1/2 years ago.

Lanez — whose real name is Daystar Peterson — is charged with one count each of assault with a semiautomatic firearm, discharging a firearm with gross negligence and carrying a loaded, unregistered firearm in a vehicle, along with allegations that he personally used a firearm and inflicted great bodily injury.

The prosecutor said Megan Thee Stallion, whose real name is Megan Pete, had to undergo surgery after being shot in the feet following an argument in which the bikini-clad woman “insulted” Lanez’s skills as a musical artist and demanded to be let out of the Cadillac Escalade in which the two were riding after leaving a pool party at Kylie Jenner’s house. She left a trail of blood behind her before eventually getting back into the vehicle, which was subsequently stopped by Los Angeles police, Bott said.

Within about five minutes of the shooting, a female friend who was with Megan Thee Stallion texted one of the rapper’s security guards, “Help,” “Tory shot meg,” and “911,” the prosecutor said, and police subsequently found the gun still warm to the touch on the floorboard near where Lanez had been seated, according to the prosecutor.

Lanez and the rapper’s female friend, who was nearby at the time of the shooting, both later tested positive for gunshot residue, the deputy district attorney said.

In a subsequent phone call, Lanez “profusely apologized for his actions” and claimed he was “just too drunk,” Bott told jurors.

Jurors are set to hear from Megan Thee Stallion on Tuesday, the prosecutor said.

Lanez’s attorney, George Mgdesyan, urged jurors to keep an open mind and said the panel is going to have to judge whether his client’s accuser is “being truthful.”

The defense lawyer said it was a “case about jealousy,” telling jurors that the two women had gotten into an argument while in the SUV and that a neighbor reported witnessing a fistfight between the two women after the vehicle stopped on Nichols Canyon Road.

Mgdesyan said the most important thing for jurors to determine will be who got out of the vehicle, who was fighting and who fired the gun.

Lanez’s attorney said it is his job to show them that “she’s lying,” and pledged that the defense would be presenting evidence during its portion of the trial.

Lanez, 30, remains out of custody on a $350,000 bond and walked into the courtroom while holding hands with his young son. The rapper had been under house arrest and under electronic monitoring while awaiting trial, but those restrictions were lifted last week by Superior Court Judge David Herriford.

At a hearing last year in which Lanez was ordered to stand trial, Los Angeles Police Department Det. Ryan Stogner testified that no one other than Megan Thee Stallion heard the alleged remark, “Dance, bitch.”

She initially told officers and doctors she had not been shot and that broken glass had caused the injuries to her feet, according to the detective.

She told the detective she was “extremely scared and embarrassed,” was “scared he was going to get in trouble” and was concerned the police might shoot him, but was “sincere,” “visibly distraught” and “crying” when she subsequently admitted Lanez had shot her, Stogner testified.

She said police officers drove her to a hospital, where she underwent surgery, and added she was “incredibly grateful to be alive.”