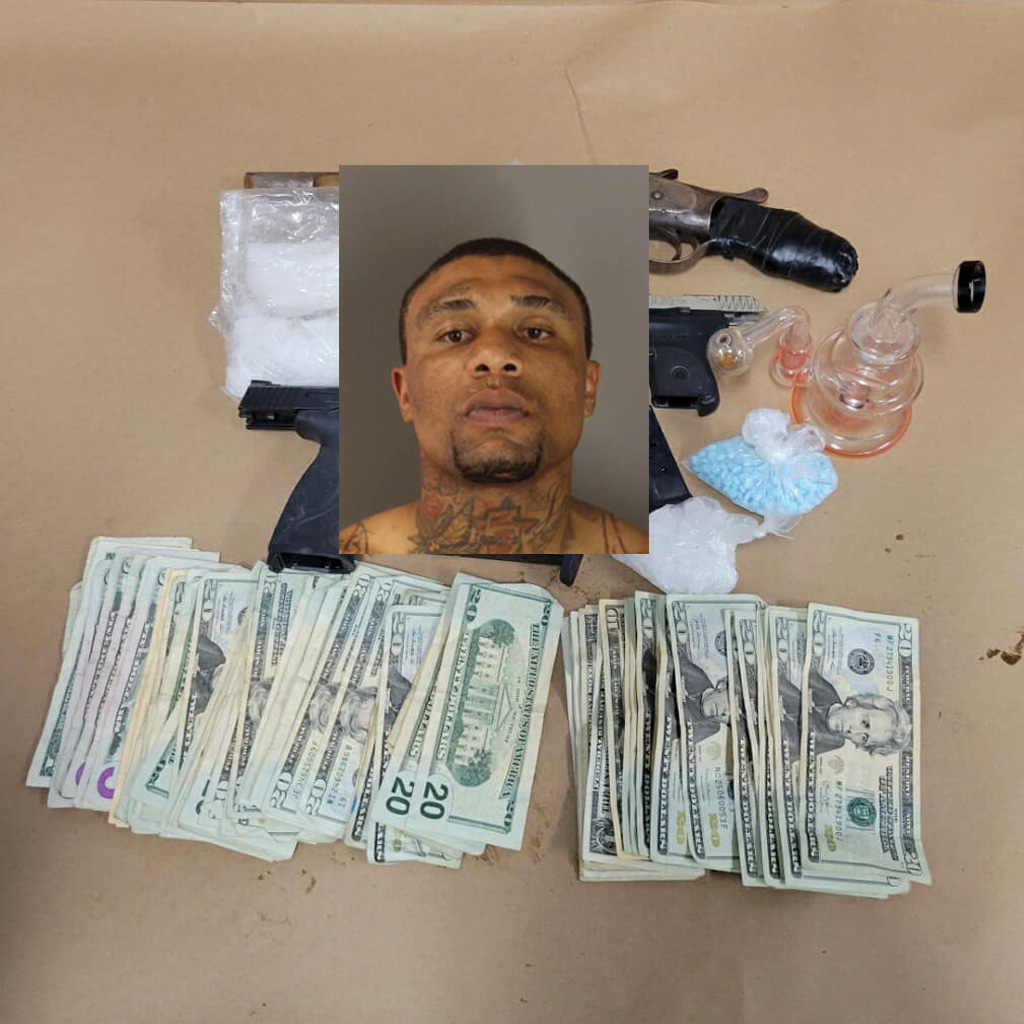 (CNS) – A 34-year-old felon suspected of drug trafficking and being in possession of firearms, fentanyl and a large amount of methamphetamine in Blythe re-entered not guilty pleas Wednesday.

He also faces sentence-enhancing allegations of being armed during a drug offense and possessing ammunition while out on bail.

He initially entered not-guilty pleas at his arraignment on Oct. 5. At the end of a preliminary hearing at the Blythe Courthouse on Nov. 29, Riverside County Superior Court Judge Russell Moore ruled there was sufficient evidence to warrant a trial on all charges.

Davis re-entered not guilty pleas to all charges Wednesday morning at the Larson Justice Center in Indio. He’s due back in court Feb. 21, 2023 for a mandatory settlement conference in Indio.

According to the Blythe Police Department, at around 7 a.m. on Oct. 3, members of the department’s Detective Bureau, Police Patrol and Dispatch — along with a Critical Incident Team from the state corrections department and the Riverside County Sheriff’s Department — served a search warrant at a residence in the 300 block of South Springs Street.

Upon entry, they arrested Davis and allegedly found a sawed-off shotgun, two handguns, fentanyl and a large amount of methamphetamine.

“Scales and packaging that indicates drug trafficking was currently taking place at the location were also seized,” police said.

Davis was booked into the John J. Benoit Detention Center, where he remains held on $1 million bail.

According to court records, he has previous felony convictions in five separate cases dating back to 2008 for being a convicted felon and narcotic addict in possession of a firearm, importing/selling/distributing controlled substances to the state, possession of controlled substances for sale and two counts in separate cases of inflicting corporal injury to a spouse.

Bianca Garnica, 37, was also arrested with Davis, but she posted $7,500 bail the same day.

She was charged with two misdemeanor counts, one each of possession of controlled substances and possession of drug paraphernalia, according to court records. She’s scheduled to be arraigned at the Blythe Courthouse on Jan. 5.