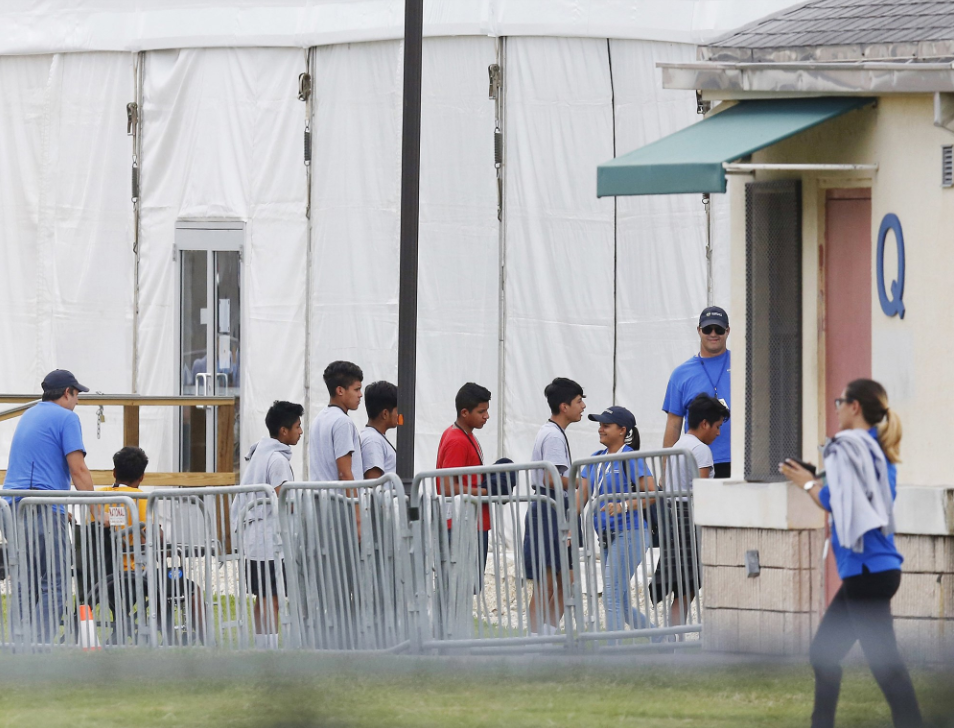 (CNN) — The Biden administration is finalizing its response to Wednesday’s anticipated end of a Trump-era border restriction known as Title 42, according to officials familiar with the planning.

Officials said the plans, which may include the revival of a controversial asylum policy, could be announced within the coming days. But it appears the administration may end up with some more time to consider its plans after Supreme Court Chief Justice John Roberts on Monday issued a temporary pause on the order lifting the policy.

A surge of migrants at the US-Mexico border in recent days has already raised alarm among Democrats and Republicans, some of whom have called on the White House to find a way to extend the restrictions, and has placed immigration — a politically precarious issue — back at the forefront. The White House has said the administration is bound by a court order.

But Roberts paused that order in response to an emergency appeal by the leaders of several GOP-led states. In a brief order, signaling that the court wants to act quickly, Roberts asked the Biden administration to respond by 5 p.m. ET Tuesday to the appeal.

The brief order from Roberts means the policy that allows officials to swiftly expel migrants at US borders will stay in effect at least until the justices decide the emergency application. The order does not necessarily reflect the final outcome of the case.

For weeks, the administration has been bracing for the end of Title 42 that was invoked at the onset of the coronavirus pandemic and allowed officials to turn away migrants encountered at the US southern border. The lifting of the authority means a return to traditional protocols at a time of mass migration in the Western Hemisphere, stressing already-overwhelmed resources.

Officials have been weighing policies to try to stem the flow of migrants heading to the US southern border. Among them is a proposal that would bar migrants from seeking asylum at the US-Mexico border if they could have received refuge in another country they passed through, mirroring Trump-era asylum limits. The proposal is being finalized and is expected to be announced this week prior to the lifting of Title 42.

The new rules are likely to generate outcry and legal challenges from immigration advocates, who have pushed for an end to Title 42. Enacting a version of a Trump-era asylum rule could also pose political challenges for Biden, who vowed to enact a more humane immigration policy than his predecessor.

The Biden administration tried to wind down the Title 42 program earlier this year, but a coalition of mostly GOP-led states — in a separate case filed in Louisiana — successfully sued to block the Department of Homeland Security from ending enforcement.

Inside the administration, the looming end of Title 42 has been a source of heightened concern, particularly as numbers of migrants attempting to cross the border increased in the days ahead of the order’s expiration. Biden has come under fire from border-state lawmakers for his handling of the matter. His advisers have convened meetings almost daily to weigh their options.

In formulating their plans, officials have sought ways to bring order to the situation at the border, where images of long lines and crowded holding facilities have generated outcry. Their goal has been to deter migrants from crossing illegally while still preserving their ability to legally apply for asylum.

Whether the new asylum policies can deter migrants from attempting to enter the US remains unclear. Large numbers of migrants have already arrived at the Mexico side of the border awaiting Title 42’s expiration. Administration officials have said many of them are being exploited by smugglers offering false promises related to the end of Title 42, and officials are doubtful those practices would be altered by new rules.

And economic and safety conditions in the countries the migrants are leaving remain unstable and have worsened since the coronavirus pandemic.

The Department of Homeland Security is actively monitoring intelligence to try to determine how many migrants are moving toward the US southern border and where they’re heading, though human smuggling organizations often influence pathways.

An intelligence memo, from the Homeland Security Office of Intelligence and Analysis, circulated last week underscored the concern within the administration over an increase in arrivals, citing human smuggling organizations adjusting their methods and how migrants may shift their calculus.

On the US side of the border, officials have been striking contracts to move migrants to other border stations for processing to avoid overcrowded facilities, the senior DHS official said. The administration has also identified cities within the United States to move migrants for processing—an idea that’s long been considered among officials — but no decision has been made yet.

In a document outlining border security preparedness, DHS broke down its six-pillar plan, which was released in the spring and has since been updated. It includes scaling up ground and air transportation capabilities to transport migrants for processing and remove them, leaning on a CBP One mobile application to process asylum seekers, and increasing referrals for prosecutions for repeat border crossers, the document said.

White House pushes back against criticism

The White House is pushing back on calls for the administration to find a way to extend the controversial public health authority.

“We have to follow the court order,” a White House official told CNN. “A court is requiring us to lift it on December 21. We are required to do it.”

Images from the border have raised alarm among elected officials, some of whom have publicly questioned the Biden administration’s readiness and preparations to handle the expected influx of people trying to enter the United States.

Over the weekend, Democratic Sen. Joe Manchin of West Virginia called on Biden to “use every bit of power he has as an executive to find a way or ask for an extension.”

The White House official declined to elaborate when asked whether Biden has the authority to secure such an extension.

The White House has insisted that the end of Title 42 does not mean that the US border will suddenly be open to all — and that there are existing processes in place to process the claims of asylum-seekers. The administration has also pointed to months-long work that the Department of Homeland Security has been doing to prepare for the increase in migrants arriving at the border, while also calling on Congress to approve extra funding that the administration has requested to manage the situation.

Over the weekend, a federal law enforcement source familiar with daily operations in South Texas told CNN that border authorities in the Rio Grande Valley have encountered between 900 and 1,200 migrants daily during the past two weeks.

Migration in the Western Hemisphere will be discussed between Biden and Ecuadorian President Guillermo Lasso on Monday, according to a White House official, who stressed that Ecuador has been “setting an important example” on the issue.

The two leaders will also follow up on several issues discussed during this year’s Summit of the Americas, including an agreement to increase security cooperation to tackle drug-related gang violence, the official said.

Over the summer, against the backdrop of the Summit of the Americas, Biden announced a regional partnership to address mass migration in the Western Hemisphere. The agreement, dubbed the Los Angeles declaration, was signed onto by multiple Western Hemisphere nations.

Biden and Lasso will revisit those efforts Monday, the official said.

CORRECTION: An earlier version of this story incorrectly stated when the Biden administration announced its intention to end Title 42. It was in 2022.