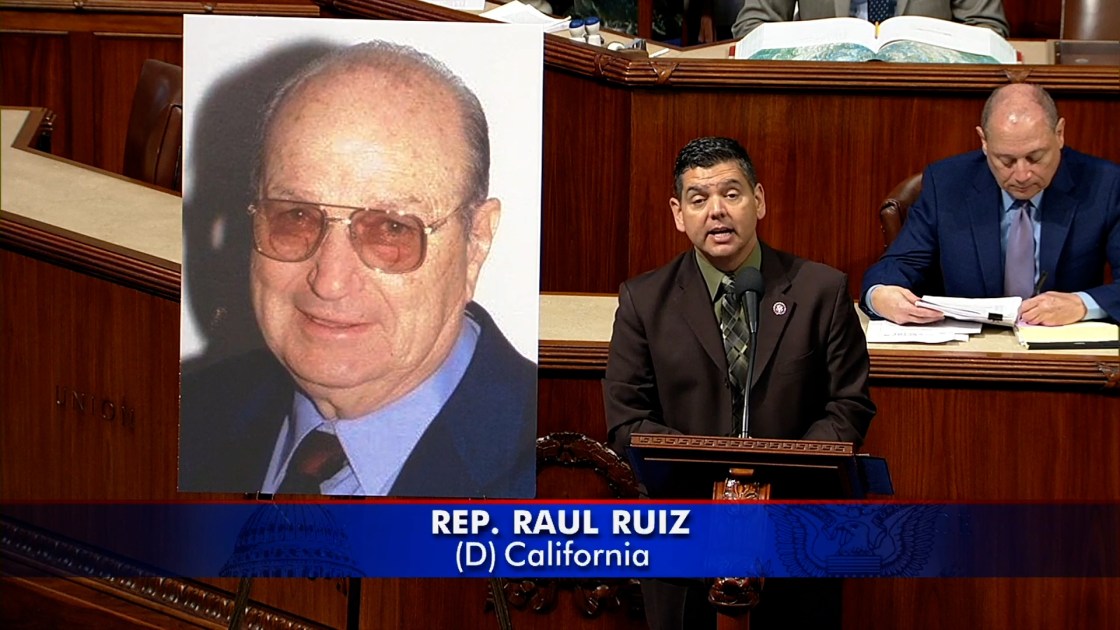 The late Seymour “Sy” Kaplan, a local veteran and advocate who died in 2019, served as the Coachella Valley’s Disabled American Veterans chapter commander for 25 years.

“His leadership helped countless local veterans find healing, community and a sense of purpose,” Ruiz said on Nov. 15, when he celebrated House passage of the bipartisan bill.

“I can think of no better way to honor his legacy than to ensure his name is forever etched into our desert’s history at a place where our veterans receive quality care.”

Kaplan enlisted in the U.S. Army in 1942 when he was 17 and earned three Battle Stars and two Purple Hearts through his military service, according to Ruiz’s office. He served until 1945, when he was wounded in Czechoslovakia and returned to the U.S. a wounded warrior, according to his obituary in the Desert Sun.

He subsequently moved to Palm Springs in 1992, becoming the first resident board member, and then president, of the Sun City Palm Desert homeowners’ association before serving as a commander in the Coachella Valley’s DAV chapter.

“When his military service ended, his service to our veterans began,” Ruiz said.

The bill was introduced on May 31, passed the House on Nov. 14, passed in Senate on Dec. 6, and was presented to Biden on Friday before he signed it Tuesday.