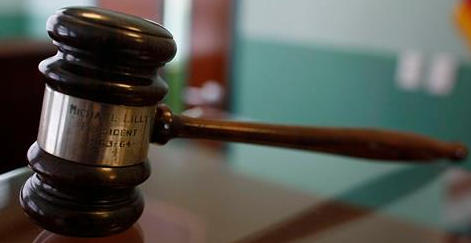 U.S. Senators Alex Padilla and Dianne Feinstein (both D-Calif.), members of the Senate Judiciary Committee, released a statement after the White House announcement.

“We are pleased to see President Biden nominate three outstanding individuals to serve on U.S. District Courts in California. Judge Gaston, Judge Hsu, and Ms. Ramirez Almadani represent a diversity of legal and life experience that will serve our state well in the pursuit of justice. We look forward to working with our colleagues on their swift confirmation.”

Judge Marian Gaston: Nominee for the United States District Court for the Southern District of California

Marian Gaston has served as a judge on the Superior Court of California in San Diego since 2015. From 1996 to 2015, Judge Gaston served as a Deputy Public Defender in the San Diego County Public Defender’s Office. As a public defender, Judge Gaston gained significant trial experience, litigating nearly 60 cases to verdict. Judge Gaston received her J.D. from the University of California, Berkeley, School of Law in 1996 and her B.A. from Emory University in 1993.

Judge Wesley Hsu: Nominee for the United States District Court for the Central District of California

Wesley Hsu has served as a judge on the Los Angeles County Superior Court since 2017. Judge Hsu served as an Assistant U.S. Attorney in the U.S. Attorney’s Office for the Central District of California from 2000 to 2017, including as Executive Assistant U.S. Attorney from 2015 to 2017 and Chief of the Cyber and Intellectual Property Crimes Section from 2008 to 2015. Judge Hsu was an associate at Gibson, Dunn and Crutcher LLP from 1997 to 2000. He served as a law clerk for Judge Mariana R. Pfaelzer on the U.S. District Court for the Central District of California from 1996 to 1997. Judge Hsu received his J.D. from Yale Law School in 1996 and his B.A. from Yale University in 1993.

Monica Ramirez Almadani: Nominee for the United States District Court for the Central District of California

Mónica Ramírez Almadani has been the President and CEO of Public Counsel, the largest pro bono public interest law firm in the nation, since 2021. She previously worked as a Visiting Assistant Clinical Professor of Law at the University of California, Irvine School of Law from 2019 to 2021, as a Special Counsel at Covington & Burling LLP from 2017 to 2019, and as a Special Assistant Attorney General in the California Attorney General’s Office from 2015 to 2017. From 2009 to 2015, Ms. Ramírez Almadani held various positions at the U.S. Department of Justice, including Assistant United States Attorney in the U.S. Attorney’s Office for the Central District of California from 2012 to 2015; Deputy Chief of Staff and Senior Counsel to the Deputy Attorney General from 2011 to 2012; and Counsel to the Assistant Attorney General for the Civil Rights Division from 2009 to 2011. From 2005 to 2009, she was a Staff Attorney and Equal Justice Works Fellow at the American Civil Liberties Union. From 2004 to 2005, she served as a law clerk for Judge Warren J. Ferguson on the United States Court of Appeals for the Ninth Circuit. Ms. Ramírez Almadani received her J.D. from Stanford Law School in 2004 and her A.B. from Harvard University in 2001.