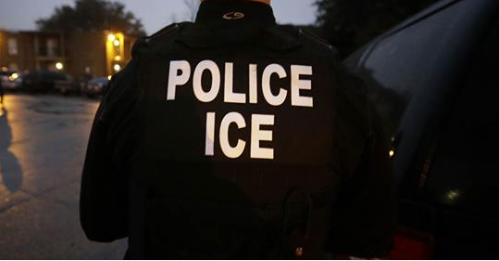 Following a nearly two-week trial at U.S. District Court in downtown Riverside, a jury found John Jacobs Olivas guilty of three counts of deprivation of rights under color of law.

U.S. District Judge Jesus Bernal scheduled a sentencing hearing for March 11. Olivas, who had been free on bond, was remanded into custody and placed in a federal detention center.

The defendant faces a maximum sentence of life in prison.

He was indicted in 2018 following an investigation that began three years earlier.

According to the U.S. Attorney’s Office, Olivas was an ICE agent from 2007 until his resignation in 2015, working most of that time in Homeland Security Investigations.

According to the indictment, in January 2012, he assaulted and attempted to rape a woman, telling her during the encounter that “the police would not be responsive” to any allegations she might make against him because of his status as a federal law enforcement officer.

He further claimed that he was “`above a cop,’ `untouchable’ and `invisible’ to police due to his position as a federal agent,” according to the prosecution.

He told the victim that he could arrange for child welfare workers to take custody of her children if she tried to inform on him.

Olivas raped a second woman in September 2012 and again in November of that year, prosecutors said.

The victim testified that “Olivas made it clear … that police would not respond to any report she might make about attacks by him, causing the victim to believe that he was `invincible’ to the criminal justice system,” according to the U.S. Attorney’s Office.

According to the witness, the then-lawman pointed his gun at her before attacking her.

Olivas told the victim on both occasions that she would not gain anything by going to the police because they would believe whatever he told them and reject her claims.

Prosecutors wrote in court documents that both women felt hopeless in the face of the defendant’s “violent, escalating, controlling, and intimidating behavior, which included his repeated brandishing of (Homeland Security) credentials and asserting that he was above the law.”

At the time of his arrest, FBI agents believed there might have been other women victimized by the defendant. But none but the two came forward.